The Global Forum on Men Who Have Sex With Men and HIV (MSMGF) has brought to light a phenomenon that is already common knowledge: the high rejection rate of abstracts on issues and programs aimed at gay men and men who have sex with men for the International AIDS Conference.

The Global Forum on Men Who Have Sex With Men and HIV (MSMGF) has brought to light a phenomenon that is already common knowledge: the high rejection rate of abstracts on issues and programmes aimed at gay men and men who have sex with men (MSM) for the International AIDS Conference.

A few weeks after the results of abstract review for this conference were made public, there is clear evidence that very few abstracts have been approved in this area. The Key Correspondents team has been able to confirm with the Latin American transgender and women sex worker networks that the same has occurred with their abstracts.

The MSMGF has released a statement that “As in previous years, a considerable number of high quality abstracts on MSM and transgender people have been rejected by the conference. Of the few authors whose work has been accepted, a far lower number have received grants to be able to present them […] In recent years there has been great progress in programs and research into these populations and a negligible part of this work will be included in the conference programme.” 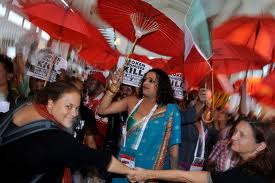 The Forum on MSM and HIV has consequently decided to bring together these abstracts in one publication which will be submitted prior to the Washington conference. The MSMGF invites all those authors or organizations whose abstracts have been rejected, or accepted but with a grant application then rejected, to send them before May 4th via this link. It is important that these follow the same guidelines as for the conference (it is recommended that authors use the guidelines included in this link).

While it is important to celebrate the Forum’s innovative initiative to overcome this situation, it is also an opportune moment to stop for a moment to analyse what is going on with the participation of persons, programmes, research and organisations dedicated to those populations at greatest risk of contracting HIV. A similar complaint by the Global Network of Sex Work Projects resulted in the organisation of an event in India in parallel to the Washington event.

Are gay men, MSM, transgender people, sex workers and drug users slipping off the agenda of the International AIDS Society? Perhaps it is up to those responsible to provide a response, but there is empirical evidence that confirms this trend.

What is going on?

Some sources close to the International AIDS Society have mentioned, off the record, that there is a strong incidence of a hard line, meaning “putting the emphasis on basic medical sciences above other disciplines”. When participating in meetings and committees at previous editions of the conference, I personally have witnessed complaints and demands from some professionals and scientists to make the conferences “more scientific”. And this is consistent with a central aspect of the conference: funding.

The International AIDS Conference could not exist without funding from international pharmaceutical laboratories. Contributions from multilateral and bilateral programs and agencies is marginal compared with the millions invested by laboratories. There is a context where not only are there far fewer resources for AIDS and related events, but there is also strong competition from scientific conferences, particularly the Conference on Retroviruses and Opportunistic Infections (CROI) and the European Congress of Immunology. Even the IAS competes with itself, organising a year earlier the International Conference on HIV Pathogenesis, Treatment and Prevention, which was last held last year in Rome. 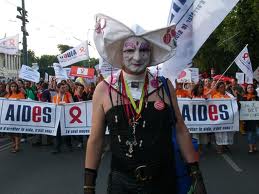 That international conferences are big business is nothing new, with a generous sprinkling from the pharmaceutical industry of protocols, research and publications of the results of tests and studies with their products. Conferences are a good opportunity to take out and show the world to (some of) the self-sacrificing health professionals who look out for our viral loads and CD4 cells.

What is increasingly evident is the irremediable loss of any legitimacy and remote possibility of accountability by the International AIDS Society, a scientific organization that has always prided itself on being made up of different sectors and organizing multidisciplinary events in a relatively participative and democratic way. And so, this international society returns to its conservative centre of being a professional association representing scientific and medical corporations. We hope that after this revelation, the scant resources from public and multilateral sectors will not continue to be entrusted to these organisers.

Elena Reynaga, Executive Secretary of RedTraSex, said “We do not have news of any of the abstracts sent by the organisations of women sex workers in our region being accepted. We do not know how many Latin American women sex workers will make it to Washington. This is a great setback. In 2008 we had hundreds of sex workers from all over the world at the conference, a plenary session on sex work, workshops and spaces in the Global Village. All of this is being lost and it is a shame”. 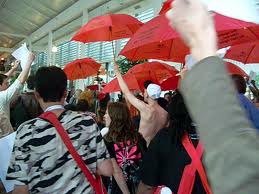 Spaces are lost and, consequently, we are back to square one in the history of the epidemic. A few years after the first cases of AIDS there was a universal consensus that the only possible response was multi-sectorial: science and society, governments and civil society, scientists and “patients”, a notion that appears to be falling into oblivion in the minds of some and in the policies of their organisations. We do not know how much we can go backwards, we only know that we cannot win this war if we fight alone.

If you wish to know the names of the people from the world of science, civil society and the agencies that participate in each of the committees of the Washington Conference, visit this link. Perhaps among those names you might be able to find some answers. If you want to participate and express yourself, leave us your comment below.