From 20 to 25 July, 2014, a new edition of the International AIDS Conference will be held in Melbourne, Australia. Calls have been opened for grants and abstracts for what promises to be another costly and trivial conference in which Latin America will be increasingly absent.

It is ingrained in the DNA of anyone working in HIV/AIDS that when we reach the end of an odd-numbered year we start to wonder about the next International Aids Conference. Who knows what awaits? The costly and powerful machinery of the International AIDS Society (IAS) that organises the international AIDS conferences starts up as soon as the previous edition ends, and Melbourne has been no exception. This well-oiled device in which increasingly less scientific knowledge is shared, but more and more money moves both from and to the private sector, has been quietly moving forward.

The next International Conference is likely to be another regional conference, where those who work on the response to AIDS in Asia, who only a few months ago met in Thailand at the International Congress on AIDS in Asia and the Pacific, (ICAAP) will meet now in Australia.

Nothing is known or inform about the conference in Latin America. There hasn’t been an e-mail, a bulletin or a message from the conference´s global networks that get paid year after year to lend their names to this monumental event.

The reality is that you´ll find on the program committees only three people from Latin America, who once again have failed to communicate with the region they claim to represent. Their names can be found on the official page of the conference. These are the usual suspect, the same names that come up again in all international working groups, committees and boards. Nobody in the region have knowledge of these memberships, representations, and there´re no communication and consultation mechanisms in place.

We must warn you that the page is only available in English, which of course is highly symptomatic of the state of affairs.

A few days ago the “frenetic race” started for a place on the program or a scholarship for this AIDS conference which is increasingly less international and less AIDS centred. We predict that there will be little space for our colleagues from the region.

Information, a service for our community

This article, as well as being a rather cathartic editorial exercise, is a service to the community, to which we offer information on the conference.

The key dates are:

The mentoring program for abstracts opened on 18 November 2013. 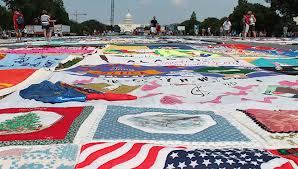 The call for abstracts, registration, proposals for workshops and the Global Village opened on 1 December.

The deadline for submitting abstracts and other contributions is 6 February 2014.

The scholarship program opened on 5 December and closes on 13 February 2014.

To make any contribution or application to this conference you must have a conference profile and both the page and the applications are only available in English. ICASO has produced a page and a tool to promote the participation of civil society at the conference, though this is not available in Spanish either.

Stepping up the pace of extinction

Things being how they are, all signs seem to show that in a matter of months we will have another insubstantial AIDS conference, with the slogan “Stepping up the Pace”, with a strong presence of the response to HIV in Asia, a relatively modest presence from Africa and near inexistent representation from Latin America. Less science, less global village. Some of these information are assumptions based on the few facts that we have been able to get from the conference page, an event which is full of the same noble intentions and goals as the last few editions.

As we have said before, it is time that we call back these conferences from those who have appropriated them: a scientific community and a series of global networks unconcerned about ensuring global, multi-sector participation.

The conference is funded, as usual, by the pharmaceutical industry, and the profusion of products they are pushing today to get a better “market-share for our health”, that will ensure a good harvest for the organizers. The question should perhaps be whether it is ethically correct for all these highly necessary funds for “Ending AIDS” to be used for such a touristy endeavour.

We offer this space for the publication of information and explanations by our colleagues, the serial representatives of committees, the agencies that back these events, global networks and the International AIDS Society.

Note: this article does not necessary reflect the position of our sponsors supporting this community journalistic initiative.