Every day, the media throughout Latin America show news about the situation in Venezuela, unsustainable wherever you look, and that affects the health and lives of thousands of people, including those living with HIV.
On the World Health Day, Corresponsales Clave (LAC Key Correspondent Team) spoke with Alberto Nieves, executive director of Acción Ciudadana Contra el SIDA (ACCSI), a CSO from Venezuela, about the setbacks that health has had in that country that takes him away from the well-known slogan promoted for this year by the World Health Organization: “Health for All”.

Alberto is an activist who lives with HIV and who continues to defend the rights of people living with HIV in this Caribbean country and told us that “by March 2018, the shortage of antiretroviral drugs reached 100% in Venezuela, which It is affecting more than 80 thousand people with HIV. This is the conclusion of the monitoring process carried out by the country-wide Focal Points of the Venezuelan Network of Positive People (RVG +), with the technical support of Acción Ciudadana Contra el SIDA (ACCSI). They have been monitoring the specialized pharmacies for the delivery of antiretroviral drugs (ARV) located in the Venezuelan states and attached to the public health system. ” Alberto Nieves, director of ACCSI.

We do nothing with only some drugs
In the monitoring carried out, says Nieves, it was identified that in some pharmacies there were still 4 types of antiretrovirals, of the 27 that the Venezuelan National AIDS Program, but that cannot be delivered. “The few (medicines) that exist have not been able to be provided to people with HIV, since these drugs need to be taken with other antiretrovirals that are in short supply, which prevents compliance with the technical standard of the Ministry of Health and recommendations International Organizations of the World Health Organization (WHO), how is it that “ART schemes must be based on a combination of at least 3 ARVs”.
To illustrate the situation, Alberto gives us an example: “this is the case of the antiretroviral Darunavir that must be given together with ritonavir to complete the therapy. Since 2017, the Ministry of Health maintains a total of 12,000 bottles in its stores, but they have not been able to be delivered to people with HIV who require it, given that ritonavir is not available. By November 2017 there were 850 people with HIV who required this antiretroviral regimen, many of them reported that they had more than six (6) months without taking it. Darunavir is a medicine that is part of the rescue treatment, which is prescribed to those people with HIV who have presented multiple failures or failures in at least two different antiretroviral regimens. For many of these people, this is the only scheme left for them to continue living, according to the opinion of their treating physicians. “
The list of 100% unsuppressed drugs is long: abacavir, abacavir / lamivudine, efavirenz, efavirenz / tenofovir / emtricitabine, etravirine, tenofovir, tenofovir / emtricitabine, lamivudine, lamivudine / zidovudine, lopinavir / ritonavir, nevirapine, raltegravir, reyataz, rilpivirine / tenofovir / emtricitabine, ritonavir, and zidovudine are some of them.
No solutions for the short-term
For several years, the Venezuelan Network of positive people has reported episodes of stockouts. Very large episodes that put the health and lives of thousands of people at risk, but episodes that were overcome with last-minute measures. But the current situation is more serious; Nieves tells us that, due to the accumulation of debt with the Strategic Fund for Medicines of the Pan American Health Organization (PAHO), which would reach 20 million dollars, they have not been able to continue supplying medicines to the country. A similar situation happens with other drug suppliers who are reluctant to sell to Venezuela due to the large debts that the country maintains. 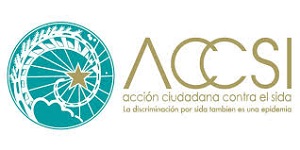 According to Nieves, the national investment to guarantee the supply of medicines and reagents for follow-up tests for 80 thousand people does not exceed 12 million dollars and, nevertheless, the country spent 25 million dollars in the purchase of weapons for the army in the year 2016.
Alberto does not miss the opportunity to call attention to us: “This crisis of the shortage of antiretroviral drugs could have been avoided if we had attended to the different and timely alerts made almost a decade ago by the RVG +, ACCSI and other NGOs with work in HIV in our country. Several reports prepared by ACCSI and RVG + prove it.”
Deterioration of health, a 20-year retreat
The social and economic deep crisis of Venezuela has caused millions of people to see their health at threat. It begins to report that the population on average has lost about 11 kg of their weight in the last two years. In the population of people with HIV this weight loss contributes to a worse their health, coupled with the lack of medication, can cause death.
Most antiretrovirals have a 100% stook out.
“The lack of antiretroviral drugs has caused thousands of deaths due to AIDS, hundreds and hundreds of people have suffered health relapses (…). In the last two years, there has been an increase in cases of people with Kaposi Sarcoma, a type of skin cancer that was eradicated at the beginning of the year 2000, thanks to the access of antiretroviral therapy that Venezuela had at that time. It is also observed that in public health centers people are arriving in very critical health states and in a terminal face, when evaluating doctors consider them AIDS cases, they return them to their homes, because they lack the medicines and clinical equipment that can rescue them to live. “
Abandoned by the  government and the international community
The director of ACCSI is energetic in pointing out that “people with HIV are totally abandoned by the government of President Nicolás Maduro, who is mainly responsible for his inaction and omission in the face of situations of threats and risks to their lives and health, with irreversible damages in the aspects of health, psychological and moral “.
The crisis has reached such a point that no one is saved: “100% of people with HIV and AIDS, of all ideologies, with different economic and educational status, are being affected in the same way, they are violating their human rights” says Nieves.
Humanitarian Aid, now!
The only way to do something for Venezuelans at this time is through humanitarian aid from international cooperation and Nieves makes an immediate demand: “There are international protocols for those countries that are in emergency, as is the case of Venezuela, which must be implemented immediately, since otherwise thousands of deaths will continue to occur. We can not understand what are the reasons why the agencies of the United Nations system or the Global Fund do not apply humanitarian emergency protocols in Venezuela. We wonder how many more deaths will be required for the United Nations to implement such mechanisms in our country? “