As part of the accelerator tools for the response to the COVID-19 pandemic, in particular vaccines, the COVAX initiative is created, with the aim of ensuring equitable access to vaccines worldwide. Reality shows that the initiative is highly aspirational.

The ACT Accelerator is an innovative global collaborative initiative to accelerate the development and production of tests, treatments and vaccines for COVID-19 and ensure equitable access to them. COVAX is co-led by the Vaccine Alliance (Gavi), the Coalition for Promoting Epidemic Preparedness Innovations (CEPI) and the World Health Organization (WHO). Its goal is to accelerate the development and manufacture of vaccines against COVID-19 and to ensure fair and equitable access to vaccines for all countries in the world.

Some countries lack the financial resources and infrastructure to purchase and supply vaccines and implement good immunization programs. 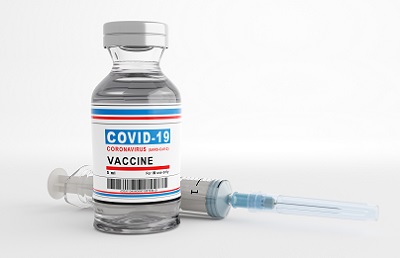 In the first months of initiating vaccination strategies, UN Secretary General Antonio Gutierrez denounced that 75% of vaccinations today happen in developed countries in the northern hemisphere. Rich nations are failing the great moral test of all time by hoarding vaccine stocks, pressuring and extorting companies based in their countries to priorities the local supply of their vaccines. Other low-income countries, further impoverished by the pandemic, simply do not have the financial resources or infrastructure to purchase and immunize.

What has become of the promises generated by supportive developed country governments, the UN and other international health organizations around COVAX?

Judging by the current state of play, COVAX could be considered a failure and a fiasco. An exercise in constructing a grand political health “placebo machinery” that promised a commitment to equitable access to vaccines, most of the vaccinations is happening in the so called north.

Rich countries are already vaccinating all health professionals, educators and other essential personnel and achieving high coverage levels in groups vulnerable or at higher risk of lethal COVID-19 infection. They will soon move on to vaccinate a broader population of beneficiaries. In Latin America, with a couple of exceptions, vaccination rates have fallen short of the most conservative forecasts. There is no vaccine. Not even for those countries that contracted, paid for and even participated by offering their citizens in human clinical trials. In some countries ridiculous numbers of doses arrive, and many influential, but not priority, people are immunized before the people who need it most. 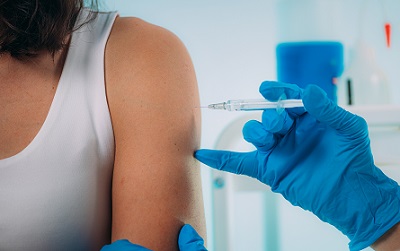 As a say in Spanish: Global health solidarity starts at home. That is the sad reality that COVID-19 confronts us with shortly into the first year of the pandemic. As before the creation of the costly and complex ecosystem of multilateralism, we have reverted to survival of the fittest; that is, those countries that have the money and the enterprise that have benefited from various sources to develop their vaccines.

And all this obscene behavior is happening under the watch eye of COVAX, the UN and other agencies. It also exposes a part od the  «professionalized» civil society of these «rich and generous» countries functional and instrumenal to what is happening today.

We call on the international Civil Society for an urgent dialogue to urgently confront these costly mega-structures that they helped create more inequalities and have only prioritized their vaccines. If you don’t want to be complicit in this hypocritical management, challenge the apparatus you helped to create further inequities, like COVAX, which may be nothing more than a smoke machine.

International activism is lost in repetitive meetings of self-self-serve processes and in competing to occupy spaces of structures, with no representaron mandate or accountability, empty of morals and integrity to give real and concrete answers. In the so-called southern part of the world, people are still getting infected and dying, and even oxygen is running out simple comodines like oxygen.

If nothing changes, when the vulnerable people who survive in this part of the planet will in the best case scenario gain access to the precious vaccines, was estimated that by the end of 2022. Then the developed world will be in its second annual vaccination campaign.

It is inevitable to draw parallels with access to HIV highly effective antiretroviral treatment and how the double standard costs millions of lives of people living with HIV in poor countries, because of where they live with an equal right to access timely treatment.

Below the status of the vaccination campaign in Latin America: 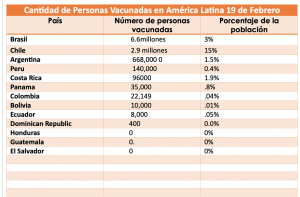