The president of the Dominican Republic enacted Law 135-11, known as the “HIV/AIDS Law”, on 7 June 2011, although the regulations thereof are still being finalised. This national law is the result of five years of multisectorial work, and although most of its articles are very progressive, at the same time it includes the criminalisation and penalisation of HIV transmission.

The government, legislators, United Nations agencies, civil society organisations and people living with HIV have worked tirelessly in the consensual creation of this new law. On the whole the law is very progressive, it guarantees the protection of basic rights and to some extent features an excess of regulations.

Positive aspects include the recognition within the law of the new international agreements and AIDS related specific agreements such as that of UNGASS and Universal Access. It is a law that recognises the exceptionality of HIV and AIDS, which is no small achievement in these times when there are loud voices that wish to bundle this disease in with others, ignoring the special and specific aspects that are required in an effective response to AIDS.

The law also recognises the existence and continuity of the National AIDS Programme and of the National AIDS Council (CONAVIHSIDA), meaning that the Dominican Republic is one of the few countries where HIV and AIDS are strategically located in the highest level of Executive Power, demonstrating the necessary leadership of the heads of state and institutionalising the issue beyond the office of the president.

It also reconstructs in detail the complex network of human and civil rights of people living with HIV, which are no more than the same rights that all other citizens have, with the exception that there are specific areas related to the right to work and confidentiality, among others. It sets out clear penalties for those whose practices damage the rights of people living with HIV.

The law is perhaps overly concerned with health issues, while shying away from discussing questions such as the prevention of HIV and AIDS, particularly in most-at-risk populations.

The most questionable parts of the law are to be found in the following articles: 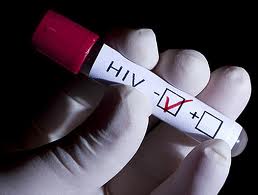 Article 78: Obligation to disclose to one’s sexual partner. Any person who knows that they are HIV positive and does not tell their sexual partner can be sentenced to two to five years’ imprisonment.

Article 79: Intentional transmission of HIV. Any person who intentionally transmits HIV, via any means, can be sentenced to twenty years’ imprisonment.

The first thing to point out is that other forms of “transmission” of HIV, such as the consequence of the professional negligence of persons or institutions, will be penalised with penalties set out by the General Health Law. There is a notable asymmetry between the penalty set out for individuals suspected of transmission whether done deliberately or by omission and the penalty for health professionals.

Perhaps article 79 on intentional transmission is less controversial, as any sociopath found guilty of premeditated and intentional transmission of HIV tends to be covered by the figures of damage, serious injuries or attempted homicide in most laws and jurisprudence existent in the region. In this case, transmission seems to be punished as homicide, which is perhaps a strong negative message for those of us who live with the virus.

However, the great error of the law is that it invades the privacy of citizens and their relationships, and sets a prison sentence of two to five years for those who do not inform or disclose to their sexual partner of their HIV status, in accordance with article 78. This article will directly contribute to the criminalisation of people living with HIV or AIDS. What must a person with HIV in the Dominican Republic do to have a sexual encounter or to start a longer intimate relationship? Be careful and have safe sex! No, this is not going to be enough. They must now reveal their HIV status before having sex. The question is whether one should go on a date with a notary, witnesses, one’s lawyer and some way of registering the notification that would be subsequently valid in a court of law. 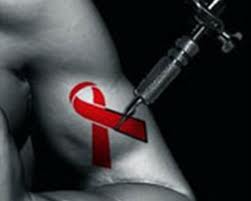 This article in the law could mean the start of a witch hunt in the hands of unethical lawyers, money-grubbing vultures, who will go after every separation or divorce of serodiscordant couples, with a potentially more profitable market than that of traffic accidents. And to further exacerbate what is already an exaggerated situation, we are close to encouraging the use of HIV+ tattoos on a strategic part of the body for the sole purpose of avoiding jail.

I could even go so far as to say that I do not think that it should be the obligation of a person living with HIV to reveal their status, but it should be an obligation to use protection, i.e. condoms. I think that on this we have a near universal consensus and so I feel less alone in this statement.

The subtext of this posture is tremendously paternalistic and presupposes that there will never be a situation in which both people will come to a sexual relationship carrying their own condoms. Perhaps the altruistic notion based on forced disclosure has omitted the fact that most people with HIV do not yet know that they have it, hence the solution lies elsewhere.

It is a near complete law and apparently perfect. However, there is one article that could push us into the dark past, re-victimising the people living with HIV as the only people responsible for its transmission. I believe that those responsible for a person being exposed to HIV are the State, the Government and its policies. We should not be tempted by the idea of swapping rights for duties. Nobody has given us such a power and it is too high a price for enacting the ‘best law on the planet’.

Editor’s note: If you want to express your position on the issue, you may share this article via Facebook and Twitter, or use your own inspiration. Do not forget to include the following in your message: #aidslaw #leysida @presidenciaRD @conavihsida