At the 33rd meeting of the Board of the Global Fund to fight AIDS, Tuberculosis and Malaria the Technical Review Panel (TRP) submitted its report with an analysis of the concept notes and regional proposals. The role of this mechanism has been widely criticised lately and is being scrutinised by the Fund. 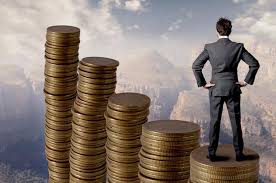 GENEVA- The Technical Review Panel (TRP) (1) submitted in Geneva this week the results of the fifth window review. The accumulated total is 158 concept notes, of which approximately 70% will continue the process to eventually get grants (while the others will continue the iterative correction process), and 15 regional proposals, 13 of which have been recommended for funding. The Board was highly critical of the TRP and expressed concern about how it understands the limits of its mandate and its technical capacity.

A very valuable concept for all of us has been the TRP’s categorical statement that “all the existing money is not enough to cover needs to respond to the three diseases.”

The Global Fund TRP had the following observations:

Incentive Fund
The TRP considers that the approach of the funding incentives is not working. On the one hand, countries do not have equal access to them, the processes are very complex and they also generate excessive expectations in countries, which may not be met later on. They may also interfere with countries’ ability to prioritise interventions of greater impact and to proactively discuss the increase in the investment of national funds. Here there appears what in the funding model is called the “register of unfunded quality demand” (UQD), a kind of waiting list in which countries report on a public register the interventions which for financial reasons will not be included in the concept note budgets. This package or register of programs, which does not have funding at present, comes to a total of 2 billion and our concern is regarding the large number of civil society, gender, young people, prevention, and human rights modules that the Country Coordinating Mechanisms (CCM) have decided to place here and postpone.

Reducing grant duration
The Global Fund Secretariat has the possibility of reducing grants duration, given that some of the proposals are arriving late or in the last windows. This can mean problems, for example, the lack of money to renovate mosquito screens in a necessary second campaign within the same three-year program. In other cases, some country teams, in conversation with the CCMs, extend the grant duration by up to four years. Cutting or extending potentially carries the risk of reducing the number of resources available for countries, if the same money for three years is programmed over four. In turn, it might send a dangerous message to donors that no more money is needed. 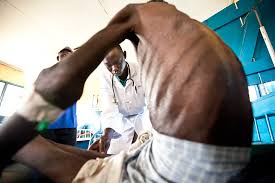 Resource allocation methodology
The methodology applied by the Global Fund, at the discretion of the TRP, has failed in allocating resources to the countries that most need them and in the most effective and priority interventions, while at the same time prioritising sustainable investment. A rather artificial debate arises here about whether the Global Fund should concentrate or prioritise its efforts on saving more lives, reducing morbi-mortality, or on the eradication of the diseases.

The TRP is working with the Global Fund to mitigate some inconsistencies in the model and in the allocation of resources, but in the long term the challenge will be to align applications and reviews with the Fund´s new strategy.

Thinking about sustainability
On the one hand, the TRP has highlighted the importance of increasing service coverage in new applications, but it has also showed alarm at the possibility that resources may not be available in future to sustain these efforts. For example, that all the people in treatment remain within the services and that there be the local resources to continue treating them. What is missing is a clear transition policy: how countries plan the withdrawal of the funding mechanism alongside the Global Fund. The Fund needs to urgently develop a strategy and a process to clearly and adequately include, within the grant, its withdrawal from the country.

Feelings about the Panel
There is a growing tension between the TRP and the Global Fund Board. On the one hand, some stakeholders feel that the panel is going beyond its proposal review mandate and is heading in the direction of telling the Fund what it should and should not do. It is also true that there is a natural defensive attitude from the Secretariat and the Fund’s strategic partners, because as a result of the new funding model both participate more actively in national dialogues and in the drawing up of concept notes. In this new context, the TRP’s reports on the quality of the proposals are criticisms that concern them directly.

The TRP urged us to do better work on the strategic value of the investment in countries with national resources, as there is a tendency towards the suboptimal allocation of these resources in the most necessary interventions. One example of this is that countries may not be showing any willingness whatsoever to invest their local resources in interventions with key populations. In other words, we must all do advocacy work towards greater and more intelligent national investment. 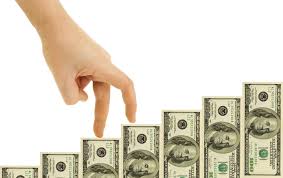 Many delegations, donors and implementing partners were very critical at this meeting, because they are rather concerned about the TRP’s capacity, the inclusion of diverse technical criteria such as gender and human rights, and the lack of clarity regarding its role. The question is whether the TRP is playing God on many occasions. Many of its recommendations are bothersome, especially those that take the form of opinions that are not always well-grounded and appear to be clutched from thin air. An independent external evaluation of the TRP has been requested.

The reality is that, even though we often do not agree with what the TRP says and although it jeopardises us to some extent, it is still an essential mechanism in the Global Fund. It is a totally independent structure that bases itself on technical criteria, evidence and the merit of proposals received to recommend them, with improvements, for funding. This is an essential part of how the Global Fund operates and it has to do with its reputation. The TRP, with its typical lack of humility, must consider lowering its voice, listening to these concerns, and improving its relationship with the rest of the Fund’s structures. And at the same time, the other parties must continue to be open to comments and criticisms in order to improve the processes and quality of the programs.

(1) The Technical Review Panel (TRP) is an independent group of international experts in the three diseases and cross cutting issues, such as health systems. It meets regularly to review proposals based on technical criteria and makes funding recommendations to the Global Fund Governing Board.