Reflections on the Orlando Massacre. A few days ago the homophobic terrorist attack that took the lives of over 50 people reminded us of the fact that any community gathered together in a physical space can constitute a target, and even more so if that community is one that has been, and continues to be, subject to so much hatred.

It seems that there are few people in the world who do not know about what took place in a nightclub in the city of Orlando, where Omar Mateen decided to commit a massacre against a significant group of people from the LGBTI community. It is not yet known whether the act was motivated by homophobic hatred or was perhaps an act of terror designed for maximum media impact or a lethal mix of both. 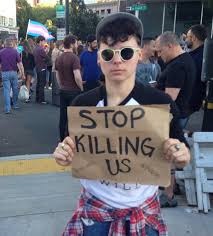 Once again the world is in shock: left feeling hurt, vulnerable, and fearful. Over 50 people were killed and a similar number are seriously wounded and fighting for their lives, in this specific case, just for being part of the LGBTI community. Each day more information emerges about which parts of a disturbed mind combined to make such a lethal cocktail and choice of target.

If the Mateen’s actions have anything to do with the Islamic State, this is nothing new for those that kill LGBTI people daily, whose preferred method is pushing them into the void from the top of tall buildings. Perhaps then it is not surprising that, as part of their training, these terrorist cells include certain groups of people in their sights.

As well as expressing sorrow and global solidarity for and with the victims of this attack and their families, this should be an opportunity for internal reflection within our organisations and families on the systematic genocide perpetrated against the LGBTI community in our (Latin American countries), which, over the last 6 or 12 months would easily reach the same death toll as this incident in the USA. But where are these cases portrayed in the media? And how many of these acts go unpunished? Carnage is being carried out on a global scale which adds, perhaps on a daily basis, to the number of victims of hate crimes against the LGBTI population.

Some organisations have decided to use the Orlando massacre to raise their profile in local media and on social networking platforms: how much of this is down to legitimate reasons and to what extent is it just a positioning opportunity? What is the use of talking in our own countries about the events in Orlando if we do not immediately link them to similar events in Latin America and the Caribbean that have had the same outcome?

If we do not use this tragedy to talk about violence and murders on home soil, it becomes simple opportunism rather than fighting for a cause. It is vital to generate a global movement that aspires to a world where the LGBTI community is not subject to re-education, torture, physical and verbal abuse, bullying in educational institutions and exclusion from the labour market- a world where cases of violent murders are not dismissed by the authorities as crimes of passion.

Through our organisations and initiatives (in this case Key Correspondents) we are working in order that, amongst other things, people can love someone of the same sex without putting their lives at risk, and that trans people do not have half the life expectancy of non-trans people simply for being trans, as is the case today.

Perhaps more worthwhile than the expressions of solidarity from the remotest corners of the world would be a renewed commitment to put an end to genocide that is happening in our own back yards, in our countries, in our communities.

These events unfolded just a few days after the Member States of the United Nations decided that it was not important to support and prioritise clear language to promote and protect the human rights of key populations. And it all contributes to the same matrix whereby, when referring to these populations, many politicians and decision makers continue to perpetuate double standards.

Transition, the buzzword
Break the silence or die
Comentario