In late 2015, Argentina elected a new government, bringing about a change in the country’s political orientation. As a result, in the first month of the new government there have been significant public sector dismissals and changes in the structures of ministries that could jeopardise some essential programmes.

In December 2015, new national and provincial governments were elected in Argentina, with victory at the polls for the electoral front known as Cambiemos, led by the PRO party, a self-declared liberal and centre right party. This change in the national government brought an end to the twelve years of government by, firstly, Néstor Kirchner, and then two consecutive terms by Cristina Fernández de Kirchner; more than a decade of a national and popular government whose highlights included the consolidation of an integral human rights agenda that included the passing of same-sex marriage and gender identity laws, both initiatives driven by civil society.

In the area of health, the balance has been positive, as although neither of the Kirchners ever mentioned the word HIV or AIDS, national policies in this area improved progressively, attaining a good level of quality and sustainability. The area was at least always considered as a budget priority, a technical area preserved from politics which, with the exception of some episodes that we have covered in Corresponsales Clave, provided a near universal coverage of HIV treatment, with some shortcomings, no doubt, but still an example to follow when compared with the regional average.

Faced with widespread uncertainty, in the first weeks of the new government various leaders of civil society, people with HIV, and Argentine health professionals showed the new Minister of Health, Dr. Jorge Lemus, their full support for the whole team at the National AIDS Program and its director, Dr. Carlos Falistocco, who have been managing this sensitive programme for over a decade (with some changes in ministers and presidential transitions.) A team that far from lowering its guard and remaining inactive when faced with doubts at the change in government, historically began distributing treatment for people with Hepatitis C, an urgent, pending commitment.

On the other side of the desk

During the Kirchner administrations, the Argentine State had an outstanding capacity to attract and hire talent: experienced professionals and activists with backgrounds in academia and civil society. This made it possible to  hierarchically organise and professionalise sensitive areas of public office and demystify some prejudices about public jobs. But at the same time a considerable number of militants were recruited from all political parties whose work could be remunerated to some degree with a job in public offices. In every area and in every issue, those of us who worked in this field were able to distinguish meritocracy from nepotism and arbitrary appointments. It appears that the new government may not have the same capacity for discernment. 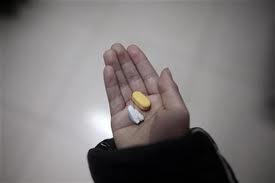 The positive side of this cooptation phenomenon was that ministries, national, municipal and provincial programmes, legislative commissions and state regulatory bodies benefited from the know-how and commitment of people who really know what they’re doing. The less positive side was that many NGOs, universities and other civil society organizations lost technical and policy staff. And this occurred in all the issues where third-sector organizations are so necessary. This was very similar to the process that had taken place a decade earlier in Brazil.

“It’s not easy to be an NGO when the government has its heart in the right place” said a colleague, and he’s quite right. If you’ll forgive the simplification, “good government” proposes a new paradigm in the approach that requires “working with”, because it’s possible, rather than “working against”. However, even the best government in the world makes mistakes, requires social controls and reviews and in this, as a sector, we came up short. Maybe there would have been better management with a strong, active civil society. Some organizations, such as environmental ones, suffered firsthand the cost of dissidence, in contexts that were on occasions quasi fanatical, where criticism and denouncing were seen in some sectors as destabilising attitudes.

The result of the second round of the presidential election was very tight, with a difference of three points between the two candidates. This is the clearest evidence that the country was polarised, fiercely divided. Like other countries in the region, we’ve seen intolerant attitudes on all “sides”. It takes two to become polarised, to start a fight.

Like the swing between Democrats and Republicans, or Labour and Conservative, a government that is the polar opposite of the outgoing government returned to the Argentine political landscape, swinging more to the right than the centre (if these categories still really mean anything.)

An administration that comes in and needs to demonstrate “governability” (power to govern), perhaps something that it did not gain in a tight result at the polls; which lacks sufficient parliamentary backing and which inaugurated its first month in office with a broadside of presidential and ministerial decrees, many of them challenging and contradicting existing laws and structures.

In these first weeks the government has dismissed tens of thousands of employees from state offices in national, provincial and municipal government, a very common practice in presidential transitions in Latin America, but on a scale never before seen. It is a great “settling of scores” and “witch hunt”, and without wanting to minimise the impact that these dismissals will have on thousands of families, we should point out that state employees have been dismissed on a large scale, indiscriminately, without distinguishing between those good at their jobs and those who got theirs through nepotism or other means. And this in itself, as well as violating a number of labour rights, has an immediate effect on the quality of service the state provides for its citizens.

In the vertiginous daily frenzy of restructurings, cuts, decrees and dismissals it’s hard to know what’s left, what’s continuing and what will be lost. In less than a month we have registered complaints about the closing of programmes and offices vital to our work, due to decisions or omissions (in the new organization charts). To quote one of the examples that triggered this article, yesterday the women’s organizations alerted us to the possible dismantling of the National Sexual and Reproductive Health Programme, as a result of a change in the structure of the Health Ministry set forth in a decree signed by the president on 12th January and published on 13th January in the Boletín Oficial, the government gazette. This was denied on the same day, but at the time of publishing this editorial the place where the  programme will function has not been confirmed. For more information read the article in the local newspaper Página 12.

Breaking the spiral of silence

This is only the beginning and it may get complicated. All actions and tactics are valid for monitoring, checking and denouncing, both on social media and in the streets, these are suitable and necessary environments. But we also need to think of more proactive and systematic watchdog  amd advocacy strategies that allow us to better understand the context, the changes and their consequences, which help us to strengthen a relationship with traditional media to break the prevailing silence.

Construction begins at home. To do this we need to rebuild our collaboration partnerships and networks, without underestimating the effects of polarisation. There are many people who have been hurt but are silent; but there are far more points in common regarding the rights to advocate for than the things that divide us. Between the most extreme and fanatical exponents in favour of or against both governments, there are certainly various shades of people who share the basic principles and necessary values to defend all citizens and not take a step back in all rights achieved, nor lose any of the lives saved.

Let us remember that any government benefits from a weak, divided and depressed civil society. Better strategies and more collaboration are going to be necessary, without us having to pass religious confession and ideological examinations. This is not about washing out and down what we believe and defend, but finding points of convergence by weaving new networks.

In 2009 we started Corresponsales Clave, sharing stories, news and opinions about what’s going on in the response to HIV and other related issues, always trying to advocate without getting involved in party politics, a major editorial effort. I hope that this article has the same effect. In any case it is a personal position.

Besides, in the Corresponsales Clave team we like the rainbow, we’re not interested in who our colleagues vote or campaign for, but rather in finding things in common, things we share, to promote and defend human rights, including the right to health.