In Ecuador, Corporación Kimirina introduced to the public the new prevention website for men who have sex with men, using an explicit language and making the most of new technologies in order to reach that population.

Corporación Kimirina has launched a digital prevention platform called ponteonce.org. This is part of Kimirina’s programme in Ecuador currently developed in partnership with the Global Fund to fight AIDS, Tuberculosis and Malaria.

Using the latest online resources and social networks, Kimirina has created this innovative virtual space to provide information, communication, prevention and reference for gay men and men who have sex with men (MSM) in Ecuador. The first eye-catching element of the website is the explicit and uncensored visual and textual language that aims at engaging users through a shared jargon and direct communication.

Interviewer: What is the objective of Ponte Once?

Leon Sierra: “The project was created with the aim of designing and implementing a pilot proposal to access HIV/AIDS prevention information using virtual networks with high risk populations. The project presents an intervention that makes the most of the digital technologies used by gay men and MSM, such as social networks, mobile phones, online sex portals, Facebook, Twitter, SMS, etc. Our goal is to reach high risk populations, who often remain invisible, hard to locate or access, and to create a process that will trigger a change of behaviour. The platform highlights the importance of early diagnosis, as well as sexual intercourse and possible risks. There is an app that can be used to measure an individual’s risk of exposure to HIV anonymously, and which also provides information about which health centre or NGO to visit in case a HIV test is needed or more information is sought about topics related to sexuality.

I: What is the role of Kimirina in this initiative?

León Sierra: “Within the framework of the Round 9 project from the Global Fund to fights AIDS, Tuberculosis and Malaria, Kimirina planned a specific response for the challenges of the Ecuadorian context. This led to the development of alternative approaches that would allow deepening the prevention work by using peer-promotion methodologies. This methodology includes ‘peer animators’ for prevention, using the experience of the HIV/AIDS Alliance in the English speaking Caribbean (CHAA). We carried out an international tender for consultancy that would help develop this tool, and it was awarded to Luis Leal, a Colombian consultant with extensive experience in HIV prevention and informatic skills”.

I: How were the contents and format developed?

Leon Sierra: “The tender started with a research process carried out by the consultant about online meeting places. Apart from Facebook and Tweeter, which Ecuadorians use quite similarly to the rest of the world, other networks and sites from the gay community were also considered. The latter were monitored in order to identify the sites with higher number of users. This allowed the creation of a map of websites that informed us where to post and promote our messages for MSM who are the beneficiaries of this project.

The website with a higher index of visits was www.manhunt.net . The initial consultant’s strategy was to design and implement an “arrivals terminal” where users of these websites would be directed to see our messages. We made contact with one of our allies in Quebec, COCQ-SIDA, and they authorized us to use their images, structures and many contents. These were reviewed and adapted to the Ecuadorian context. We were also inspired by the wecometogether.org campaign”. 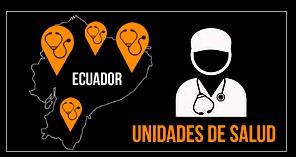 Leon Sierra: “The website has a pilot phase aiming at establishing an online support tool that will provide questions and answers to users that make contact through live cam, which basically is a peer prevention online tool. From January 2015, each sub-recipient will implement a more detailed response that will link key populations and health centres, since one of the requirements of the project is to make referrals to the Ministry’s health centres. This is part of the project framework aiming at strengthening the State response to HIV/AIDS. We are currently developing a viral campaign in YouTube too”.

I: The materials are explicit and will probably be widely accepted by the target populations. Are you expecting negative feedback from other actors?

León Sierra: “The central tenet of the cloud (platform) is to use a clear, explicit, street language. MSM visiting the website can choose among contents directed to gay men and others that target men who are sexually active. It is not a gay website; it is a site for men who have sex with men. In Kimirina we believe that it is quintessential to approach populations and do prevention work through their eyes, using their language. Communication cannot become a device to subjugate the reality of communities; rather it should absorb their experiences and codes in order to be effective. We use the language of communities in a symbolic way, as it is our objective to know how communities work in order to provide a more effective response to HIV”.

I: Why do you think it is more difficult to access gay people and MSM?

León Sierra: “Social networks provide anonymity and accessibility to information technologies, which makes it easier for LGBTI populations to access sexual content online. This is especially important for gay and bisexual men, male sex workers and MSM, as they are fully involved in social online networks as a tool to interact and have a safe space.

MSM are a population without a community identity, since they mainly share an identity through their practices from an epidemiologic perspective. Social and virtual networks provide a place for encounters to take place in anonymity, protecting their personal identities in favour of certain practices which tend to be risky. This is the main reason why we target this realm”.

In Ecuador and other neighbourhood countries, we have a challenge reaching people who are hard to reach. This requires going further in order to provide a more valuable response, with information, communication and education for key populations. MSM are a very wide and heterogenic population without a specific identity, which makes them a harder to reach population. Even if they are hard to reach, it is not impossible. In spite of not having a direct contact with the recipient of our messages, we know them as individuals due to their practices and codes, which is enough for us to communicate effectively using our creativity and boldness.

Ponte Once is pure jargon and street code, it means: Keep up, be aware! We are convinced that our intervention will not remain unnoticed.