The International AIDS Society (IAS) organised a special regional session on Latin America, bringing together four very prestigious and well-known panellists, both regionally and globally: Pedro Cahn, former president of the IAS; Mario Bronfman, regional representative of the Ford Foundation; Lilian Abracinskas of Women and Health (Mujer y Salud) in Uruguay; and Gloria Careaga, Mexican academician and researcher. It was one of the few sessions in Spanish which allowed delegates from our region to participate actively in a debate and in the conference itself.

Dr. Cahn presented a very pertinent description of the epidemic in the region.

He explained that in the last years HIV infections grew 25%, although this growth was not accompanied by a scale up in access to treatment. In fact, the amount of new people in treatment is on a plateau.

“There is a myth about Latin America and our supposed better access. Data shows we are stuck in a steady equilibrium, not reaching many people in need of treatment.”

“In the region, two out of every three people in treatment are from Argentina, Mexico or Brazil” said Cahn.

He also shared data showing price variations of up to 10 times higher for the same drug, with the same annual treatment. He concluded: “Some drug purchase policies in the region reduce drug prices to 55%”.

Mario Bronfman talked about the regional achievements in terms of human rights, despite the high pressure made by some religious groups.

“There are still many challenges to face, for instance convincing decision makers of adopting a Human Rights framework” he explained.

He also analysed other challenges related to AIDS, such as sexual and reproductive rights, non-criminalisation of sex work, and stigma and discrimination suffered by vulnerable populations.

Lilian Abracinkas focused on analysing gender issues and described how fertility reduced in the region in the past decades, decreasing from six children per family in 1960 to 2.5 in 2000.

This is closely related to women’s improved access to education and life planning. However, adolescent pregnancy has not reduced. Young girls become mothers without having even decided to and this is particularly common among poor and vulnerable women in countries where approximately 44% of all abortions are unsafe.

She concluded with data on women and HIV, specifically that only 54% of women in the region were tested for HIV and the same percentage has access to ARV treatment.

On the HIV test topic, Dr. Cahn called upon participants to reconcile the Human Rights discourse – which questions a meaningful increase in testing – with the right to know one’s HIV status.

“Sexual education in Latin America is a mess. But in general terms, our governments are afraid of education” she pointed out.

She also referred to a lack of visibility of sexual minorities and diversity in the AIDS response.

“When did gay men become ‘men who have sex with men’? We must remember we live in a homophobic and sexist environment. If we invisibilise ‘machismo’ when we talk about gender equity, we act as if it had disappeared” she said.

She also discussed how the conceptual framework we use when working on human rights and HIV is very vague.

It’s difficult to synthesise the diversity of concepts and ideas raised by the panellists in one article. Although many of these ideas were familiar to the audience, each panellist offered an original approach and focused on the social determinants of the epidemic. Particularly, Careaga and Abracinkas contributed fresh ideas from a women’s organisation’s point of view.

They suggested the need to involve other movements and groups in debates and programmes, not just to discuss those who are already convinced.

This regional meeting was different to the previous ones, undoubtedly it was better. But perhaps this was some small redress to the obscene omission of Spanish interpretation of the sessions and plenaries at the conference.

A feeling of frustration was floating in the air even before the Spanish speaking delegates arrived in Vienna. Many of them wandered about the conference halls, looking for a colleague or friend to talk to in their language. 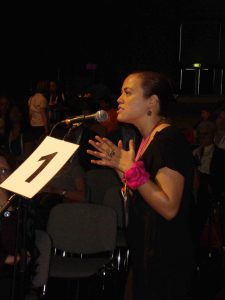 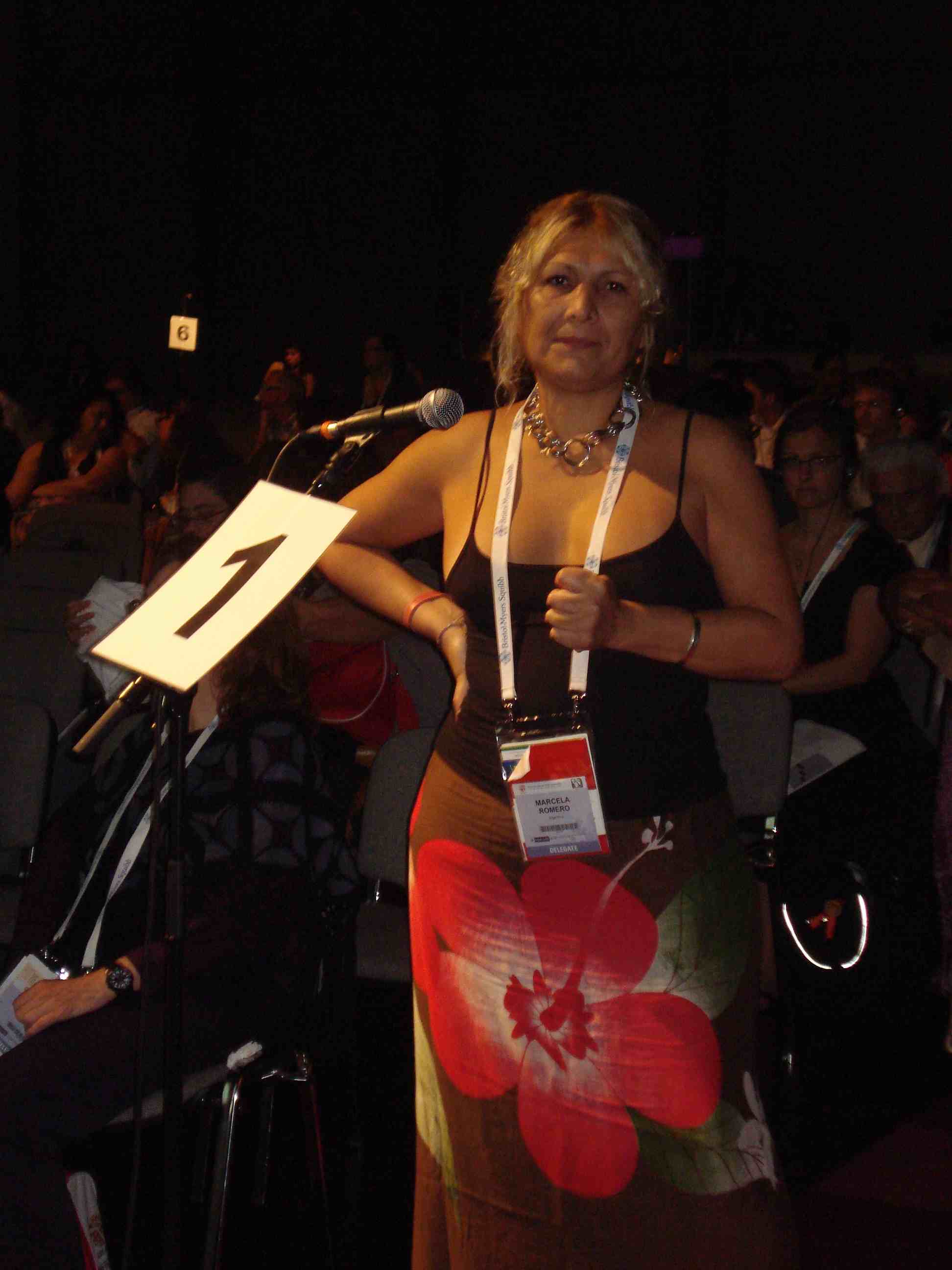 Interview with Pedro Cahn: “There can be no higher interest than the interest of human life, in any field”.
Red Ribbon Award: UNAIDS and UNDP reward the work of three Latin American organisations
Comentario