A female sex worker was sentenced to home arrest by a female judge in Chuquisaca, Bolivia, for continuing to work while HIV positive. What does this hold for the professional future of sex workers living with HIV?

A 25-year old female sex worker and mother of two working in Sucre and Potosí, Bolivia, received the rare sentence of home arrest for continuing to work after being diagnosed HIV positive. 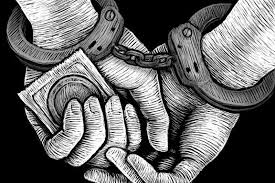 The State Health Department reported the case and applied to the Justice Department of Chuquisaca under Judge Ximena Mendizábal for precautionary measures against a sex worker living with HIV, deeming her a risk to public health. The Judge ruled that the accused was guilty of a crime against public health, ordering her to undergo medical treatment and report every 15 days to the Public Prosecutor´s Office to sign the Register. In her verdict she also ordered home arrest with police guard.

The news was made public by today’s La Razón daily and included statements from Organización de Trabajadoras Nocturnas -OTN- (Night Female Workers´ Organization) and the Head of the National HIV/AIDS Program.

“She had no idea she was HIV+. When she was offered the rapid test, she agreed, but  was surprised by the result. We will follow this up so she is not discriminated against”, said Lily Cortez of OTN. “It was not the correct thing to do for this sex worker to continue working, but one would have to hear her reasons for continuing to put her clients at risk”, said National Program head Carola Valencia.

“Her privacy was breached and this is a case of discrimination. The State should give us alternative jobs  in the case of HIV, but we get nothing, not even psychological support”, Cortez stated. Carola Valencia said that “the Ministry of Health cannot help those who are diagnosed with the virus to find alternative work,” but clarified that it does provide psychological guidance and medication to treat the disease. 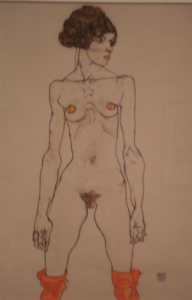 A reading of the facts

This woman, a sex worker, has been the victim of a series of human rights violations resulting from prejudice and ignorance among health and justice staff, the result of which is a number of discriminatory measures against this woman in particular and a huge negative impact on sex workers and people living with HIV/AIDS in Bolivia.

What is behind this legal judgement? The idea that a sex worker who is diagnosed must not continue working because he or she has become a kind of “dangerous weapon” that threatens the health of others, such as their clients.

The biased legal error was reinforced by the statement of the HIV/AIDS Program Head, Carola Valencia, who considers personally that an HIV+ sex worker must not continue exercising her profession and exposing her clients. You will notice how easily the conjunction of the words “exercise” and “expose” in the same sentence can criminalize and stigmatize a whole sector.

All international technical guidelines on sex work and HIV, including those of UNAIDS, state the contrary. Sex workers living with HIV can continue to work in their profession. 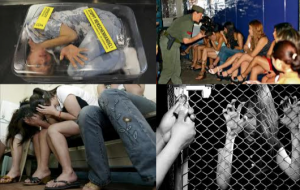 The Bolivian case includes other serious human rights violations of people living with HIV, such as the violation of the right to privacy and the right to freedom of movement.

In short, this woman is being found guilty of not requiring or receiving her treatment and not because there is any evidence of a case of intentional HIV transmission in a sexual relationship. HIV treatment is voluntary. Not receiving treatment cannot be interpreted as willingness to harm another person, all the more so if this person was unaware of her serological status, as her colleagues claim.

Last April UNAIDS published its Guidelines on HIV and Sex Work, where it states: “In many countries, laws, policies, discriminatory practices, and stigmatizing social attitudes drive sex work underground, impeding efforts to reach sex workers and their clients with  HIV prevention, treatment, care and support programmes. (…).  Stigma and discrimination must be effectively addressed; violence and abuse of sex workers must be reduced; and legal barriers to participation should be revised. Achieving the changes in social and legal conditions that limit access to those [HIV] services will take time, but it is critical to implement needed legal and policy reforms now”. 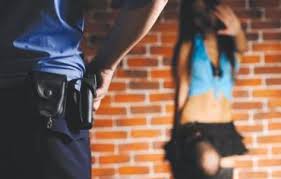 The central issue for HIV prevention should be to change clients’ attitudes towards female, male and transgender  sex workers, and condom use. Usually, sex acts involve two people. Both have responsibility for practicing safe sex, although it is important to recognise that the power dynamics in commercial sexual encounters tend to favour clients, particularly if they are willing to pay more money to have sex without a condom. Whatever the criminal law, sex workers are the target of compulsory HIV tests and other medical procedures. This is exacerbated in a context where sex workers are fearful of police abuse and extortion.

What happened in Bolivia is not an isolated event, but a painful symptom of a trend towards the criminalization of HIV transmission in Latin America. Today the victim was a female sex worker but tomorrow it may be others: a transgender person, a homosexual, a  MSM or any other person living with HIV.

In many countries in our region any HIV+ person, even if unaware of their condition, can stand trial for not providing conclusive evidence of the use of condoms during a sex act or not notifying the client of their serological status before the sex act. But the Chuquisaca case ups the ante even more: the witch hunters will now go after those fractious patients who do not go to the doctor or take their medication. 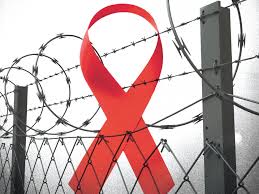 Some officials, who have barely read or understood the new WHO directives, interpret the concept of “treatment as prevention” as justification for sustaining that “anyone who does not get treatment transmits and is therefore dangerous”. This is a premature, extreme expression of the effects of medicalization in the fight against AIDS.

RedTraSex and its national partner ONAEM repudiate the events, but one wonders what other civil society organizations in Bolivia and the region will do. Today it is a sex worker who has a policeman on duty at her doorway, but tomorrow it could be a transgender person, a homosexual, a drug user or any other person who lives with HIV.

Editor’s note: We have sent the Bolivian Program Head a series of questions, the answers to which we meant to include in this article. At the time of publication we have not received an official response.

All articles can be shared and published as long as source is mentioned.