After having met the fund replenishment goal, The Global Fund’s Board will meet in few days to discuss the allocation of financial resources and define the Sustainability, Transition and Co-financing Policy. This article poses a critical view on such transition process and the role that civil society must play.

During its meeting at the beginning of this year in Ivory Coast, the Board of The Global Fund to Fight AIDS, Tuberculosis and Malaria approved the Sustainability, Transition and Co-financing Policy (STC) (see article in Spanish). They will meet again next week, in Montreux, Switzerland, and will discuss the allocation of financial resources for next years. This occurs after concluding the fund replenishment process, where its goal to raise 13 billion dollars for the next three years was met. This result is only the information released to the public; we still need to read the fine print of donors’ commitments and see when and how such commitments will be honored. 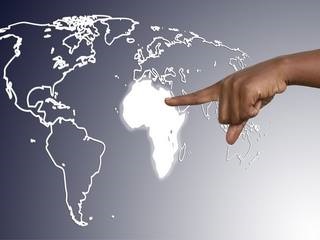 Nevertheless, the sum raised is very limited and will not be enough to keep funding the fight against the three diseases in regions with less priority such as Latin America, part of the Caribbean, Eastern Europe and some areas of Asia. The Global Fund requested donors to give what they were willing to donate, and they in exchange directed those donations to the countries to which they gave higher priority, thus pleasing donors, reason for which many of our countries will be expelled from the Fund’s portfolio in the next years.

The process already began and also the approach chosen to enter The Fund’s next projects in our countries, with a Trojan Horse disguised as transition and sustainability. This is not necessarily because The Global Fund -a partner in which donors have a strong influence- is worried about the responses to the diseases in our countries but because it is a more elegant way to leave or, as they said “off the record,” a more responsible and politically less burdensome way to leave. This time they will definitely leave, unless something dramatic happens.

Therefore, work in transition is the “trending word.” I have lost the count, but last time I checked there were at least 10 international organizations, some NGOs and “transitory collaborations” working on the same task. The Global Fund Secretariat hired “experts” in the matter and so did many organizations. Where do those international experts come from? It is hard to know. How many successful transition and sustainability experiences were they part of? We don’t know. What have those experts produced? These are also very good questions to ask. We are not aware of any case where the transition of a donor did not produce high program and public health costs.

CCMs, Sub-recipients, NGOs and networks are all being invited to meetings and workshops since the beginning of this year, where they try to explain or teach them how to diagnose their preparedness level for transitioning (i.e., work and survive with no financial resources), social contracts (or how to be employees and providers of our States/governments) and, thirdly, how governments can be compelled to invest more money. There are people who have been this year in at least 3 or more similar events. Why? Because there is money for “providers and contractors” to do this kind of work and, once again, there is very poor alignment and coordination between those actors who are “participating in such a noble task,” accompanied by a strong lack of interest, because there is a need to attract those funds and do “as if we were doing something.”

Sustainability and transition are political issues

Even though some techno-bureaucrats may disagree with me, Sustainability and Transition are not merely technical and procedural matters. They are strictly political issues.

Donors’ community is not interested in funding our countries where the largest number of people with HIV lives: Middle Income Countries. They are only interested in allocating their resources, which are not theirs but of those who pay their taxes, in the least-developed countries, the “poorest among poor.” Since 10 years ago, when the first eligibility work group of Global Fund’s Board was created, they have been obsessed with this issue. Nowadays, they are closer than ever from fulfilling their long-awaited dream.

They don’t seem to be interested in future sustainability either, not because they are mean but because they are politicians. Money is not theirs; they represent a government and an agenda. No matter how much you talk and argue with them, believe me, they don’t care at all. There is no evidence, among the very little existing, that will move them away from their path. 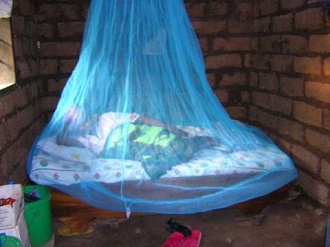 The governments of our developing countries are not very interested in sustainability and transition either. Some of them, the best and more organized, have already designed scenarios on how much more money they must invest on the AIDS National Program budget in order to provide treatment and some services. Other politicians will not even be in office when this happens. Some calculations include money to buy ARVs, some supplies and, in the best of cases, some condoms. That is the limit of political will; zero prevention and even much less funding for civil society’s work.

Plus, our civil society’s colleagues and friends are suffering from the “Titanic syndrome,” dancing in a state of religious denial. They might wake up when the water reaches their waist level, and in the meantime they claim: how can this be happening? Unfortunately, concern, vision and anger have not moved us enough yet. Many of those who know that “the wolf will come to town this time” lock themselves in their homes with a feeling of resignation or they get distracted in countless workshops on, again, sustainability and transition.

Those who are empowered to make financial decisions -donor states’ governments- have already made their choice, which is to leave the countries as soon as possible and they are counting the days until such long-awaited day. Our governments look the other way or wish for the day that The Global Fund leaves and they will not have to sit in a CCM to make decisions and account for “those people” with whom they think they don’t have to meet, coordinate and be accountable to. After all, they will say that we live in representative democracies and we have voters’ mandate to administer for 4 to 6 years, so let us do our jobs.

Civil society, on the other hand, has not put a contingency plan in place in order not to lose those key collaboration and supervision positions. Money is there; trust me, in both “Northern” and “Southern” governments. What is not there is political will. So we are facing a serious political problem that we are trying to fix and minimize with tools. But a screwdriver is not the best tool to nail….

What can be done?

I took the time to observe the tools made to measure how prepared we are for the process of transition, and in some cases the results they show. This means percentages and key words that don’t do anything but over-diagnose what we all already know or at least sense: no country is ready for transition and there is little chance for being sustainable. 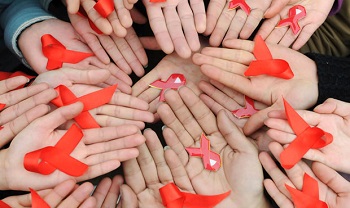 We are mixing up the thermometer or X-ray machine with the treatment itself. If patients have pneumonia or tuberculosis, they need to be treated and not to run 100 x-ray films on them or measure their fever 100 times, risking that this can get worse because of lack of treatment and an irrational diagnosis fixation. How useful is to know that the response of civil society in a given country has a 65% preparedness to become sustainable or go through the transition with fewer traumas? What does 0% or 100% entail? A common pattern in most tools is a superficial, rushed, symptomatic measurement, and with extremely low participation from those civil society actors that will become more affected.

Our biggest issue is Sustainability, not transition. Transition is irretrievable and many actors are trying to move the iceberg away from the boat in order to buy more time. At risk of being reductionist, when I have been asked about sustainability during a meeting or interview, I generally answered the following:

– Before discussing the transition, it is urgent to discuss a medium and long-term sustainability plan and stop standing in the way.

– It is useless to measure preparedness if one doesn’t have the means to solve the diagnosis.

– Diagnoses must be serious, deep and participative. They must be carried out within countries.

– The Global Fund Secretariat may promote the sustainability and transition notion, supporting the operational aspect of politics, but it poses a serious conflict of interests when it becomes directly involved. If it has resources, they must be transferred to a neutral and highly-reputable organization, such as Fondo Robert Carr, so they can prepare subsidies for civil society in the most affected countries.

– The “organized” civil society must start working in a vast multi-sectorial coalition (with actors that show transparency and experience with budgeting, and organizations that work with other health issues) in order to develop a budget incidence plan for countries that includes resources for prevention and the civil society.

– It must be analyzed which organizations are the most politically exposed due to their role of political incidence, social denunciation, supervision and social control, and move external resources for their subsistence (I cannot picture our governments willing to feed “barking and biting dogs.”)

– The creation of a national multi-sectorial committee must be promoted, a CCM (better and enhanced) to secure a space for civil society, including key populations, people with HIV and other communities. If this is part of an executive order or law, it will most likely have more chances to survive through time.

– Transition resources of next Global Fund’s conceptual notes and programs in order to do part of the aforementioned work must be appropriated. However, being honest, what we need in order to implement what we described before is not to have so many resources, but to have commitment and sense of urgency; and also to stop being mesmerized by the chant of mermaids that come from abroad with magical recipes. Remember that they are contractors and the more the work lasts the better, which does not guarantee a better work.

I assure you that some things I share with you and some others were possible in three countries in which we worked together with the Alliance but, even after three years of collaboration, the conclusion is that these processes require not 3 but 6 or more years to change something, and especially much political generosity from our colleagues.

I don’t believe that some of my colleagues, who nowadays became missionary preachers of transition and sustainability, are bad people. I believe they will make their best to help, but there are also particular motivations to take advantage of this opportunity of contracts and resources, although I think they are the least suitable to perform this task, mainly because of their lack of knowledge and experience. This job doesn’t have anything to do with big conceptualizations, recipes or tools, but with common sense and “street smarts.” Do not give up denouncing the impunity with which donors, through the Fund, escape from our countries. Let’s break the resistance to change.