Today the Board of the Global Fund to fight AIDS, Tuberculosis and Malaria opened its 33rd meeting in Geneva. The meeting will be an opportunity to start the process to develop a new strategy.

GENEVA- At the first meeting of the year of the Global Fund Board, no reviews or debates on particularly hot topics are expected as the Board met a short time ago, in November last year. The issues included on the agenda are as follows:

The Global Fund will begin the process to develop its new strategy, which will guide the funding mechanism in what will be the most significant years to either make an impact on the evolution of the three diseases or even eradicate them. This new strategy offers the opportunity to increase what the Fund does and will do in relation to the promotion and protection of human rights and gender-related issues in its programs. 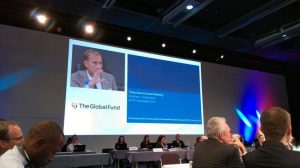 The new strategy must also show a clear strategic orientation in terms of the sustainability of the programs for the diseases once the Fund withdraws from many of the countries. A responsible and more or less orderly exit by the Fund is not only the responsibility of the Fund, but also that of all national actors, especially those who work to increase national investment in health in general and in the three diseases in particular. To carry out this strategy it is important to sustain and increase donors’ financial commitment, which will be seen in the next resources replenishment exercise starting this year.

We will soon have more information on the new strategy and on all the promotion of participation in the region in the process of building this strategy. There will be different tools, channels and mechanisms to contribute to the perspective and needs of Latin America and the Caribbean, as well as of our people. In particular, there will be a Partnership Forum in the region, with limited participation due to budgetary reasons and various virtual exercises. We will actively support this process through Key Correspondents over the coming year.

At the November meeting the Board approved a provisional measure for the funding of the hepatitis C virus, a temporary measure until a document is produced on the role of the Global Fund with regards investment in the treatment of coinfections and comorbidities of HIV/AIDS, tuberculosis and malaria. 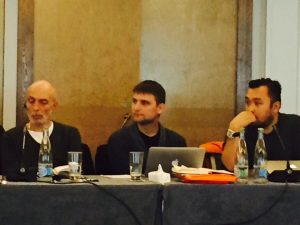 There is a need for greater orientation regarding the Global Fund’s mandate concerning interventions in coinfections and comorbidities, such as viral hepatitis. The proposal is very progressive regarding the Fund’s role in the treatment of these infections but unclear as regards the origin of the financial resources, as the evaluation under debate includes a decision not to divert the already scarce resources assigned to AIDS, tuberculosis and malaria.

Both at this Board meeting and the previous one, there was a review of the advances of the Global Fund’s new funding model (NFM). Many of our readers have been directly involved in national dialogues and in writing up concept notes in windows 1 to 4 of the NFM.
According to the technical review panel (TRP), 75% of the proposals have been recommended to advance to the subsidy agreement stage, while the rest will follow an iterative process to improve the notes. In addition, 16 regional proposals were submitted whose total requirement is US$148 million, of US$200 million available for two calls. For this reason, with an excess demand of 148%, significant cuts are expected in funding applied for by regional organisations and mechanisms. We will publish the TRP’s recommendations as soon as they are made public, as we believe they are a guide and a useful lesson for those working on their proposals.

Human rights and the Global Fund

In the week prior to the Board meeting, the Human Rights Reference Group met. This group advises the Global Fund secretariat on its work in protecting and promoting human rights in existing programs and mechanisms. At this link you can review the document published by the Reference Group. 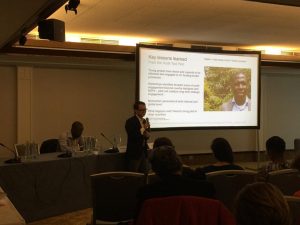 There are some important aspects that have come into effect: 1) the introduction of minimum human rights requisites in subsidy contracts; and 2) a new system for reporting human rights violations to the Office of the Inspector General (OIG).

We will soon have more information on the decisions and results of the meeting as these are made public. The Global Fund is beginning a process of strategy reform and it is important that all the actors in this association, including implementing governments and civil society, participate actively. And one particular key aspect for the region is to conceptualise the notion of sustainability in those countries that will be “graduating” from the Fund.

To date, the Global Fund and its implementers have achieved the following results: 7.3 million people receive antiretroviral treatment; 12.3 million new cases of tuberculosis have been diagnosed and treated; and 450 million mosquito nets treated with insecticide have been distributed. There is still a long way to go in stopping the three diseases as effectively and efficiently as possible.