In recent months the list of countries where the LGBTI community is criminalized has grown. Just weeks ago Uganda was added, now Nigeria. In Asia, India took a step backwards in the history of human rights for sexually diverse people.

With this law coming into force, people in a same-sex union, if they do not disavow their union, could be sentenced to a maximum of 14 years in prison. The law also explicitly refuses to recognise same-sex marriage or union documents or certificates issued by other countries. Those in Nigeria who organize a society, organization or open a social meeting place (clubs, bars or discos), face a maximum of 10 years in prison under the new law.

On 20 December last year, the Ugandan parliament passed a draconian “anti-homosexuality” law which was sent the president for signature. Yoweri Museveni has 30 days to sign it. In recent weeks the country and its politicians have come under a great deal of international pressure not to pass the law, both from international development cooperation agencies and from the private sector. The British multi-millionaire Richard Branson called for an international boycott against Uganda if the law is passed, abstaining from travelling to or engaging in trade with the country.

On Thursday, January 9, 2014, the law was sent for final review by the governing party. Many political leaders and members of the supreme court of Uganda have called on each other not to be bullied by western powers. Paradoxically, international pressure could lead politicians and officials to close ranks to defend this bill.

In Cameroon last week, Roger Mbede, who had been sentenced to three years’ imprisonment for sending loving text messages to another man, died at his home after leaving prison due to the advanced deterioration in his health. And the list of countries continues to grow as the process worsens (see list and map of the 83 countries where homosexuality is illegal). There is up-to-date info on this at 76crimenes.com.

Turning back the clock in Asia and Eastern Europe

At the end of last year, the Supreme Court of India annulled a 2009 decision that had annulled the infamous section 377 that criminalized homosexual activity. This law dates from 1861 when India belonged to the British Empire, and there are many countries in Africa and the Caribbean that were similarly influenced. It is worth remembering that homosexuality was penalized in the United Kingdom until 1967 and not totally depenalized until 1982, yet this harsh heritage has remained in the former colonies.

The NAZ Foundation had managed to bring an end to penalization in 2009 with a Supreme Court decision, but this decision has been systematically challenged by Christian, Hindu and Muslim groups. And just over a month ago the latter won the fight.

In Russia the LGTBI community has not only been the victim of violence with impunity from extremist groups and from the state itself, but also pressure from Russian Orthodox leaders had led to penalization initiatives being analysed.

In our region, there are high degrees of penalization and criminalization in the English-speaking Caribbean, as well as fairly recent acts of violence and hatred in Haiti (which we have written articles about).

What is the origin of legislative hatred?

The first origin, as mentioned above, is tied in with laws acquired and maintained from the British Empire, and the obsession with sodomy –dating from 1534— arising during the reign of Henry VIII, which today continue to form part, in many countries, of packages of archaic laws that are of little use but are dangerous all the same. The dust is shaken off these laws when a LGTBI group decides to get organized and campaign for legal registration, when there are reports of violence or any kind of same sex union is considered. 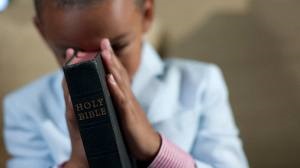 The second source of hatred are fundamental Christian, Muslim and Hindu groups, who today are gaining in influence and importance. They form part of different creeds, groups and sects within these religions, but they appear to belong to a virtual inquisition network that has woken up and has gained in influence and power. Not only have they won valuable seats in parliaments and courts but they have a great deal of influence in executive branches, because of electoral and economic influence.

What can we do as an international community to support our brothers and sisters in these countries? Are sanctions and pressure the best tools? Are pompous United Nations documents any use anymore when they are hobbled by a language plagued with cultural relativisms? It is perhaps time to rethink strategies, or continue losing the fight.

It appears to be very hard to stop this wave of fundamentalism which has translated into more violence, criminalization and depenalization.

With the hangover from the celebration of progress in some countries of the Americas and Central Europe, we who work for LGTBI human rights watch undaunted as a tidal wave of hatred sweeps humanity towards a dark past.