In the Dominican Republic, initiatives financed by the Global Fund to Fight AIDS, TB and Malaria (GFATM) fall under the framework of the National Response to HIV, Tuberculosis and Malaria. After years of direct interventions focused on the prevention, control and treatment of these diseases, stakeholders consider the contribution of the Fund as a significant benefit to thousands of Dominicans.

In the Dominican Republic, initiatives financed by the Global Fund to Fight AIDS, TB and Malaria (GFATM) fall under the framework of the National Response to HIV, Tuberculosis and Malaria. After years of direct interventions focused on the prevention, control and treatment of these diseases, stakeholders consider the contribution of the Fund as a significant benefit to thousands of Dominicans.

“The resources provided by the Global Fund have allowed for the acquisition and supply of medications, saving thousands of lives, and have also contributed with the implementation of successful practices regarding HIV, tuberculosis and malaria. Also the support of the Fund contributed to the drafting of the National Strategic Plan and the strengthening of civil society”, declared Nicomedes Castro, secretary of the Dominican Country Coordinating Mechanism (CCM). 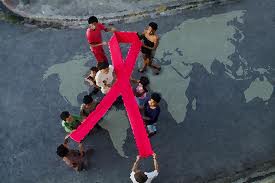 In the Dominican Republic, HIV and tuberculosis (TB) are considered two of the main public health issues. This country is has one of the highest TB rates in the region. Fortunately, and thanks to the financial support of the GFATM, there are diverse programs addressing the rapid advance of TB, such as the Tuberculosis National Program. The same applies to malaria, where conditions of poverty and overcrowding contribute enormously to its spread.

In the case of HIV, the care of people living with the HIV (PLHIV) has been a priority projects financed by the Fund. For Bethania Betances, National Programme Officer of UNAIDS, increasing access to antiretroviral treatment (ART), and a reduction in mother to child transmission, are achievements made possible due GFATM support.

In terms of response, the GFATM has played a key part in containing HIV, TB and malaria, and this is due in great measure to the rationalisation of resources, which allows them to be greater utilised.

Jose Beltre, representative of Dominican youth networks in the CCM, sees the management of the Fund as positive. He said: “These funds have allowed us to control, improve and strengthen the actions of attention, prevention and investigation of the three issues, as well as the revision and improvement of the National Law on AIDS.”

Beltre sees GFATM support as being a key determinant in improving HIV, TB and malaria monitoring systems, and the main factor in increasing programs, projects and initiatives of prevention, control, and treatment. Other achievements highlighted by Beltre are the increase in the coverage of health services, the incorporation of new actors in the national response to HIV, TB and malaria, improvement in the quality of life of PLHIV, and the thousands of lives saved. 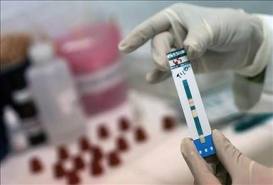 Sergia Galvan, Director of the Collective on Women and Health and sub beneficiary of the GFATM, also recognises the generally positive intervention of the Fund, highlighting as its main achievements the articulation of diverse actors involved through the CCM, the supply of antiretroviral treatment to people living with HIV, and the maintenance of basic funding for the work in HIV, TB and malaria.

However, Galvan suggests that Fund management has been marked by improvisation, conflicts and some inefficiency. She states that, to improve the management system, the GFATM should reduce conflicts of interest between CCM members, the majority of whom are sub beneficiaries.

One view is that, to make Fund management more efficient and ensure initiatives respond to the real needs of vulnerable population groups, it is necessary to restate and reinforce the role of the CCM, converting it into a more democratic and participatory space, acting as an agent of public and social control of funding.

When asked about this, Dr Nelson Rodriguez, Vice Minister of Public Health and President of the CCM, states that the main challenge is to improve articulation and effectiveness of the CCM. “Good coordination is expressed in [effective] implementation”, he explained.

Nicomedes Castro, secretary of the CCM, thinks a key requirement is to improve the contribution of vulnerable populations to CCM management. “If they improve management capacity and training, they improve their level of participation and optimise their advocacy”, he affirmed.

Mr Castro highlighted that, on occasion he has heard some representatives of vulnerable populations state they “don’t understand anything’ when discussing a project. According to Mr Castro, this is because members of the agencies are professionals of the first level, such as the representatives of other NGOs and the government. He concludes that: “This improvement would have result in a CCM that, besides being representative, is really participatory and therefore supports projects according to the real needs of beneficiaries.” 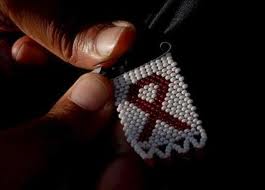 Another important challenge is sustainability of the national response without the support of external funding. Specifically, without the support of the GFATM. For this, it is necessary to focus on the empowerment of organisations to ensure activities do not disappear when the funding ends. The GFATM and the CCM therefore have a responsibility to ensure proposals have a major sustainability component, and that the Dominican government acquires responsibility as the main entity accountable for the health of the Dominican people.

There is no doubt in the Dominican Republic there is a ‘before’ and ‘after’ the GFATM in the national response to HIV, TB and malaria. Also, it is worth stressing the importance of the CCM, which facilitates dialogue between stakeholders, and allows an integrated vision promoting integration and teamwork.

It is worth noting we have made advances, but we must advance more.