In New York City on June 10th, the High Level Meeting on Universal Access came to a close. At this meeting, United Nations member countries sought to reach an agreement to review and revitalize their commitment to the response to HIV/AIDS.

In New York City on June 10th, the High Level Meeting on Universal Access came to a close. At this meeting, United Nations member countries sought to reach on agreement on how to review and revitalize their commitment to the response to HIV/AIDS.

Having participated in both prior meetings in 2001 and 2006, I must admit that I came to the event conscious of the tricky negotiations under way and with some expectation that something genuinely good could come out of these (or something really terrible, but no middle point between these two).

The title of this editorial may come across as a little harsh, but it reflects the feelings of the author. I do not know whether it was the circular form of the boxes, the sweltering heat, the dust from UN refurbishments (alterations apply only to the UN buildings, for the time being), the ceaseless parade of personalities or the excessive number of guards, but I emerged from that microclimate on the last day with the sensation of having been in a Roman circus. In any case, the title is at once sensationalist and striking.

After months of talks, several miles of regional consultations and millions of gigabytes in e-discussions, one feels a twinge of guilt on coming away from this place with the sensation that it was all pretty much a fiasco. It is not easy either when part of civil society has developed a culture of arriving with the look of hardened veterans, ruddy and ready to get down to the nitty-gritty; but as the days pass and concessions are made, they leave somewhat meeker, saying that at the end of the day the result isn’t so bad and there are some crumbs of comfort, some redeeming features. To tell the truth, I don’t believe this or feel this way at all, and my overall view of the meeting is far more pessimistic.

After thirty years, millions of deaths, millions more in need in treatment plus future HIV carriers, we must not settle for less. I believe that some have become complacent in the extreme. It seems that for some periods we all got lost in UN language, and I think that if in one, five or ten years’ time someone asks us what we did in New York, we will struggle to explain what we achieved, what we changed or what we contributed. 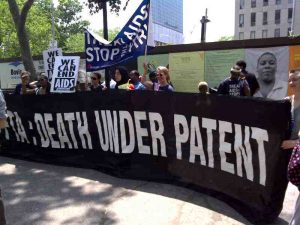 It can be said that in 2001 we all participated –from different perspectives- in a magical moment of commitment and leadership which subsequently led to the creation of the Global Fund. In 2006, despite not having met the 3×5 target (three million people in treatment by 2005), the Member States upped the ante and set out to achieve universal access, an effort which ran until 2010. There was progress between 2001 and 2006: to quote a relatively verifiable source, at present there are 3 million people in anti-retroviral treatment through programs financed by the Global Fund.

However, if the new goal is to have 15 million people in treatment by 2015 it will require hard work and pressure on all fronts to come remotely close to this target. As for international commitments and goals, we can say that, in general terms, we are only achieving 20% of what is needed, something akin to managing a hospital which only saves two out of every ten of the sick who come for treatment.

So much heat of the battle with no battle cry was enough to cause my half-full glass to evaporate.

Bread and circuses: these were the needs of the Roman people

In periods of crisis, lean times and drought, what we least need are prophecies. But without wanting to make a prediction, I would like to share with all of you the somewhat pessimistic feeling that perhaps in 2015 there will be a good chance of us failing to achieve many, if any, of our proposed goals. The funding trajectory is now in decline, accompanied curiously by a similar trend in terms of efficiency and effectiveness. And so we must ask ourselves: what are we going to do differently? How can this change? Might it not be time to bring back a little more of that indignation and mobilization which have made the response to AIDS so unique? 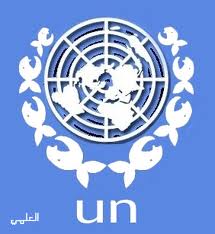 Many colleagues have returned home from the meeting and will be making their own appraisals, sharing information and taking stock of this (no irony intended). And it is worth evaluating whether all this effort was worth our while. For instance, would the progressive bloc from Latin America that led the talks have been any less progressive if we had all stayed at home? Did we have to be there to convert the converts?

In the last few days, a few colleagues and I have listened to the official speeches at the plenary sessions of the High Level Meeting to prepare the article “Who Said What” (available in Spanish). The truth is that most of them are indeed more progressive, and in some cases this is because they were made by officials from more open administrations, with more inclusive policies. Furthermore, this is a clear symptom of civil society managing to permeate their “discourse” and of our governments finally coming to terms with their own epidemic. This is very positive.

Ave Caesar, morituri te salutant (Hail Caesar, those who are about to die salute you)

As we have mentioned in other articles and as was highlighted in the civil society declaration, transgender persons were conspicuous by their absence, overlooked once again. And we know by now that to omit them is, in some way, to kill them, to leave them at the mercy of the lions in this Roman circus. It is fair to say that transgender persons never even made it onto any of the drafts of the policy declaration, thus they would hardly have had a chance of making it into the final declaration, even as a result of better discussions. This is a grave omission for which we are all somehow responsible from the outset in this process. And until we are able to put ourselves in their shoes, identify with them and support them, we will continue to be accomplices in this humanitarian crisis.

Ultimately I believe that a United Nations event once again puts some of the challenges that civil society faces in the spotlight. It is important to be part of the official delegation but without ceasing to be part of civil society (let alone use the opportunity to settle local scores). It is necessary to participate in the United Nations processes without forgetting our activism, and to urgently demand that rhetoric go hand in hand with policies and programs. We tend to mistake the words of documents and declarations with acts: but the declarations of the OAS, the UN, or any other multilateral mechanism are incapable alone of protecting the life of a transgender sex worker on a street corner, preventing vertical transmission of HIV, or reducing the viral load. Language that is inclusive, positive and progressive is the first step (and only that) on a long journey towards universal access to AIDS-related prevention, treatment and care.

There is no other meeting of this nature on the horizon or on the agenda, and so the work to be done is above all domestic, at a time when our cause, HIV/AIDS, appears to many to have gone out of fashion.

“I wish you all, each of you, to have your motive of indignation. It is precious. When something makes you indignant as I was made indignant by Nazism, then you become a strong and committed activist. To create is to resist, to resist is to create”

Editor’s note: We would like to close this special coverage of the High Level Meeting by once again thanking Alessandra Nilo for her support for all the civil society in the region. Alessandra worked tirelessly before and after the event and took every opportunity to offer us her ever-timely and reliable support.