As part of the actions of the Quiero PrEP initiative, we´re launching a campaign to promote PrEP access in LAC. Today we´re sharing the "Manifesto sobre la PrEP”. 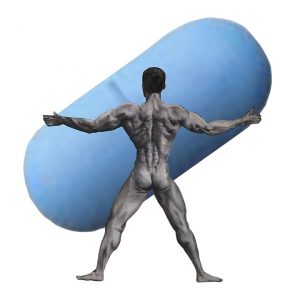 For more than four years, the World Health Organization (WHO) has recommended the use of Pre-Exposure Prophylaxis as an effective biomedical intervention to prevent HIV infection. Since then, some leaders and organizations have expressed different positions and reservations about PrEP, or at best avoided their engagement in debates.
As part of the actions of the Quiero PrEP initiative, we´re launching a campaign to promote PrEP access in LAC. Today we´re sharing the “Manifesto sobre la PrEP”, with the intention to establish our position and offer arguments to support its acceptability, support and access in Latin America and The Caribbean. Or at least contribute to an appropriate debate on this issue, considering PrEP as a tool with the potential to revolutionize the HIV response.
We will share our position to some of the commonly mentioned issues related to PrEP and share some recommendations underlined:
1. Lack of information:
One of the challenges posed by the discussion, promotion and acceptability of PrEP is the lack of information. It is difficult to give a debate when significant number of participants lacks the basic information on the subject. There is a great deal of information available about PrEP, but most of the knowledge about the issues is concentrated among health professionals (doctors and researchers). Also, there is little user-friendly information and PrEP literacy information in different languages. It is urgent to develop friendly, simple but scientific rigorous communication and information campaigns, in order to ensure the interventions PrEP-literacy, in particular targeting organizations, leaders, decision makers and specially the users.
2. The existing evidences:
WHO’s PrEP recommendations, as well as, the approval processes used by major drug regulatory agencies, for example: the FDA in the United States of America, are the result of large body of scientific evidences on its effectiveness. Those are produced by significant number of clinical trials and behaviour studies, conducted during the last five years. In major cities (in developed countries), PrEP is being distributed on increasingly larger scale and we´re witnessing the first evidences (coming from the ground) of an HIV prevalence´s reduction. For the first time in the history of the AIDS epidemic, we´re recording a decrease on the new infection among in Gays, MSM and Trans people. There is a need to improve the dissemination of scientific data to enable community-lead PrEP advocacy interventions.
3. Personal and Institutional Positions:
Some leaders of the LGTTBI and HIV/AIDS organizations have a radical personal anti-PrEP positions, which the symptoms is that they often begins with: “I believe”, in many cases nullify the possibility of having a debate and understanding the issues and reservations of a larger constituency. The use of the PrEP is voluntary, and the result of a personal decision. But for debating the policies and programs, we must surpass the personal and testimonial scope, to transform into a collective or institutional position. Institutional positions for or against PrEP must be the result of an informed reflexion within the organization, not on what individuals believes. We call to the leaders to organize informed intra-institutional debates that allow overcoming the personal positions on PrEP.

4. On Promiscuity and Desire:
There is longstanding argument that PrEP encourages a greater number of sexual relations and partners among its users. Occasionally, prejudiced terms in statements and campaigns are used against PrEP users, which appeal to concepts such as “promiscuity”, to refer in derogative way to those, who as a result of their active sex life would be eligible for access. There is no evidence in the behavioural studies, that the use of PrEP has increased the number of sexual relations and partners between Gays, MSM and Trans people, compared to the “pre-PrEP” numbers and frequencies. Studies on the use of PrEP shown indications that among those with multiple sexual relations who use it, the prevalence of HIV infection has dropped significantly. The use of moralizing, sometimes a hypocritical narrative to prevent the scale up of PrEP, only helps to create distance with the potential users of the services and organizations that claim to protect their rights. The discussion on combined HIV prevention, and in particular PrEP, should overcome moral judgments and a negative narratives about people’s behaviour.
5. Increase in STDs cases:
The indication of the use of PrEP, for now, is recommended together with the correct and consistent use of condoms. However, many people would be using only PrEP and not the condoms. In theory, this should increase cases of Sexually Transmitted Diseases (STD´s). Currently, none of the clinical trial published shows clear evidences and facts of a direct increase in STDs prevalence among PrEP users. The increase in STDs between Gays, MSM and Trans has been documented, in many studies, before the existence of PrEP. In many PrEP subsidized distribution programs, users are required to be tested for major STDs at least between four to two times a year; this will increase the timely diagnosis and treatment of these infections (and the reduction of its transmission). PrEP will increase the access to sexual health. In any case, an STD has significantly lower morbidity, compared to the HIV infection, and most are treatable or curable. Countries must adopt national STI strategies; integrate HIV with STD services, as well as, all the HIV related programs and health centres should provide STD diagnosis and information on a regular basis to all PrEP users.
6. Greater access to HIV testing:
PrEP is indicated only for people who are HIV-negative. A very high percentage of people living with HIV are unaware of their sero-status; therefore, they do not receive timely treatment, they are more likely get sick and have higher mortality rates, as well as, they more likely to transmit, totally involuntary, the virus. The launch of PrEP programs has significantly increased the number of people who are tested for HIV. PrEP is a tool to increase the number of people who know if they have HIV positive or not, which is also a fundamental health right. If more people are diagnosed promptly and treated immediately, their health will improve and they will lose the ability to transmit HIV during unprotected sex. In order to have a significant impact on the epidemic, there must be a dramatic increase in the access of HIV testing, that allows more people with HIV to be treated immediately and offer combined prevention interventions to both HIV positive and HIV negative people.
7. Adverse effects and resistance:
Taking any medications will always have some side and adverse effects. At present, most of the professionals who prescribe the PrEP are familiar with those effects and can accompany the users dealing with them. Taking PrEP, in a very small percentage of cases, can generate side effects, which usually disappear in the first weeks of its use. The only way to ensure the absence of side and adverse effects is to not take any allopathic medications, at all. However, there are no any natural or alternative therapies and medications that can be offered the benefits of PrEP. When we reflect on how we could be able to avoid an HIV infection with biomedical interventions, it is worth remembering that people living with HIV should take a larger number of drugs for the rest of their lives. A treatment that’s save lives but come with another set of adverse effects. Also, there´re very low occurrence of resistance to the PrEP drugs, if a user becomes HIV positive. The communication about PrEP should be unbiased and report on the existence of side and adverse effects to its users, as well as training health professionals and prevention counsellors, to be able to recognize them.