Within weeks of concluding the High-Level Meeting on Universal Health Coverage UHC, we ask ourselves in this editorial if Latin America and the Caribbean have been left behind.

On September 23, 2019, the High-Level Meeting on Universal Health Coverage was held in New York City, where the member states approved a political declaration on the CUS. One of the global challenges that are marked by High Level is the limited or uneven participation of civil society, particularly that of our region. When I refer to the limited involvement, I refer to similar previous experiences with AIDS HLM or TB. Perhaps we are so used to it. Still, in specifically related meetings of some disease, civil society was able to access resources to influence: permanent missions and decision-makers in the capitals, actively participate in some previous discussions, and perhaps much more critical in UHC itself as part of a delegation with ECOSOC status or national delegations.

Regarding the region, when «the fingers of one hand have been reached to count» the participants of the region in the HLM, not only those who work in AIDS, TB, Malaria or Sexual Health and Reproductive Rights but also other diseases, including non-communicable diseases.

Why has this happened?

For those of us who work in health, the 2030 agenda, the implementation of the CUS in the countries, the fulfillment of the goals of SDG 3, and our participation is crucial. The sustainability of the response to comprehensive health issues will be closely linked and related to how the Coverage is implemented in our countries. Universal Coverage is not equal to access; for them, we must take into account both aspects.
It is urgent to wake up the civil society of the region and invite them to participate actively, because the CUS is, on the one hand, the way in which our efforts in the answers to health issues can be sustainable, as a result of the mobilization of domestic resources that are also assigned to civil society for work continue their work with communities. We need not only to intensify the monitoring roles of our governments, for example, in the face of corruption, but we must demand the best and most efficient use of resources both by public services and civil society.

All this requires the development of new alliances with new actors: dialogues so far unusual and the consensus of broader and more comprehensive agendas.
The global dimension is key, as we must make national and regional challenges visible in particular in the face of the political situation facing the region, and it makes it very difficult to put issues such as health on the agenda. We have ten years ahead, but time has already begun to c pray. We invite LAC civil society organizations to join global and regional initiatives and groups, for example, in the international arena such as the Civil Society Engagement Mechanism for UHC2030, which response to CSEM’s acronym at https: / /csemonline.net and within the region in the virtual discussion group that we facilitate from Key Correspondents https://forms.gle/TN8ArbVLiak7EDih9
La versión en Españo está disponible: 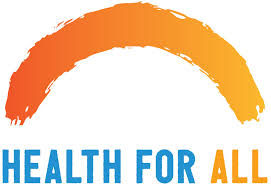