BREAKING NEWS – New Global Fund eligibility and prioritisation criteria have been reviewed and approved. After more than a year of Working Group discussions and numerous committee meetings, a consensus has been reached -although not without compromises. The decisions will take effect for Round 11.

Only minutes ago, on Day 2 of the Global Fund Board meeting in the city of Geneva, new Global Fund eligibility and prioritisation criteria were reviewed and approved. After more than a year of Working Group discussions, and numerous committee meetings, a consensus has been reached – although not without compromises. The decisions will take effect for the next round, Round 11. 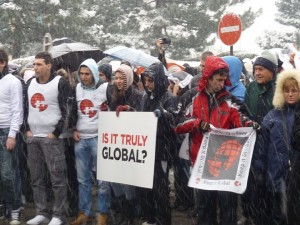 Common to most of the presentation made by implementing country government delegations was the affirmation that the Global Fund must remain global. Despite two years of work, only a few weeks before the meeting, the donor bloc presented a counter-proposal which – as was to be expected – would further restrict the access of our countries to Global Fund resources. The implementing country block of fund recipients were unanimous in rejecting this conservative and tardy proposal.

It is difficult to explain in a single article the far-reaching consequences of this policy, but we will try to give a general idea.

Eligibility defines which countries may submit applications to the Global Fund, the type of intervention which will be considered, and the funding levels which may be accessed. In Round 10, the Board approved a temporary funding stream for Most At-Risk Populations (MARPs). As we have previously reported, this has benefitted many countries in the region, which would otherwise have been at the bottom of the prioritisation rankings and under normal procedures would ultimately not have been financed. The new policy builds on lessons learnt in Round 10, and includes both a general pool and a concentrated interventions pool. 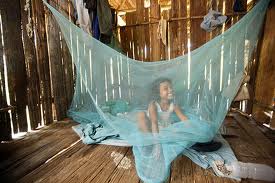 Under the same policy, countries must ensure a contribution to or percentage increase in the national budget allocated to these diseases gained from domestic sources. All countries, whatever their income level, must comply with this stipulation. Low income countries must demonstrate an increase of 5%. For lower-middle income countries, the required increase is of 20% or 40%, depending on whether they are in the lower or upper bands of this category. Upper-middle income countries must make contributions of 60%. While it may seem that the expectations made of countries in this final category are high, regional studies show domestic contributions of 70 – 80%. The critical mass of national programme costs for the three diseases is covered by domestic resources in our countries. This may have a positive effect, since it means that no government will be tempted to reduce local investment in the response in place of Global Fund resources.

Once (eligible) proposals have been evaluated by the Technical Review Panel (TRP), they are ranked in order of priority. Traditionally Latin America was at the bottom of the pile. In the event of a lack of resources, the risk was that a technically-sound proposal would be rejected along with other low-ranking proposals.

The new prioritisation rule for the general pool is similar to that of Round 10, and is based on scores for the elements detailed in the table below:

As well as ensuring a special funding stream, this scoring system places more weight on the burden of disease than on the income of a country. It also recognises that a heavy disease burden exists not just in the case of a generalised epidemic (like in Africa), but also where there the epidemic is concentrated in one or more population groups.

In conclusion, this is the least bad of the scenarios and possible outcomes, and keeps our countries within the fold. The Global Fund will continue to play a strategic role in all developing countries, by sending its resources to fund programmes which reach those people who most need them, in line with the ethical imperative and the right technical criteria, instead of limiting itself to funding countries or governments (only) according to other agendas. 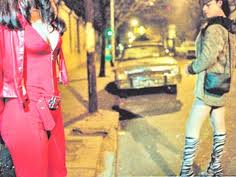 Today the Board has given a message to the world that the life of a poor person with HIV, TB, malaria or all three in Africa is worth the same as the life of an equally poor and vulnerable woman sex worker in a country in central America. And even beyond the money and the opportunity for more strategic funding, for those of us who have been working on these issues for a long time, this is no small thing.

It is a small victory for equality, equity and respect for the human rights of all men and women.

For now, the Global Fund will remain relatively global, which is no small achievement 🙂