On 9 May 2018, at the 39thBoard Meeting of The Global Fund to Fight AIDS, Tuberculosis and Malaria (hereafter referred to as the Global Fund) in Skopje, Macedonia, a new policy was approved to enable the provision of support to non-eligible countries in crisis. This decision could result in concrete investment to help alleviate the HIV, TB and malaria crisis in Venezuela, among other countries.

A few years ago, we, as delegations to the Global Fund Board, began receiving information from the Venezuelan Network of People living with HIV (RVG+) about the emergency situation and its devastating impact on communities in the country. These communications were addressed to the delegations of Latin America and Caribbean, civil society and communities to the Board of Directors of the Global Fund. As a result, the Board was asked, during the April 2016 meeting, to contemplate the possibility of providing assistance to Venezuela. However, this possibility was not discussed. Further, RVG+ and other civil society organizations wrote to the Executive Director and the President of the Global Fund Board requesting their help. The official response took seven months to be received, and was disappointing, echoing existing Global Fund eligibility policies which prohibit support to so-called high-income countries. This did not discourage us. Since then, the same Delegations continued working to keep the issue on the agenda, grateful for external support from organizations outside the Board, including representations of the governments of Germany and France.

In the last three Global Fund Board meetings, Venezuela’s crisis was discussed. It was decided that the Global Fund’s Strategy Committee would work on a possible solution for Venezuela and countries like it. This Committee formed a working group to analyze and propose the role of the Global Fund in non-eligible countries in crisis.

This week, at the 39th meeting of the Board, in Skopje, Macedonia, a policy was approved that opens a new opportunity to support people living with and affected by the three diseases in countries like Venezuela.

2. Decision point approved by the Board referring to the potential engagement with non-eligible countries in crisis:

1. The Board acknowledges that a health crisis may emerge in an ineligible non-high-income country that could have an adverse impact on the global response against HIV/AIDS, tuberculosis, and/or malaria and that the health crisis may be of such a magnitude that the Global Fund should consider providing support; and

2. Based on the recommendation of the Strategy Committee, the Board requests the Secretariat, in consultation with relevant partners, to present potential investment cases meeting the criteria described in the Revision 1 to the Strategy Committee Policy for review and recommendation to the Board. Any such proposals shall also include options for how the proposed investment should be funded.

Budgetary implications: This decision is likely to have future budgetary implications for country funding and/or Secretariat operational expenses, but the actual amounts will depend on the specific size of the crisis and potential response. These will be detailed in any proposals that result from this decision. 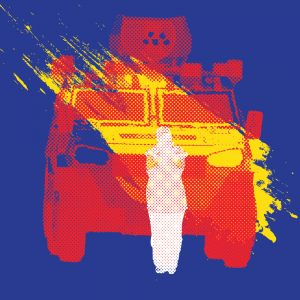 3. What does this decision mean in general?

The Board’s decision was not exclusively in response to the crisis in Venezuela, but it is the result of pressure because of the crisis in this country.

Some considerations on the decision:

4. What is the implication of this decision for Venezuela?

The Secretariat noted that this is the third consecutive meeting of the Board in which Venezuela is discussed, either directly or indirectly. Without a clear decision and direction from the Board, the Global Fund finds itself in the difficult situation of having to dedicate significant resources to interact with partners, the Board and the Committees, without any impact.

The Secretariat emphasized that it will adopt and promulgate the Board’s decision with full faith, and requested a clear decision with defined parameters of what is, and what is not, within the interest and scope of the Board in relation to non-eligible countries in crisis.

It will also be necessary to make use of financial resources from the ones available from the Unfunded Quality Demand (UQD) mechanism for the 2017-2019 allocation period, for eligible countries. 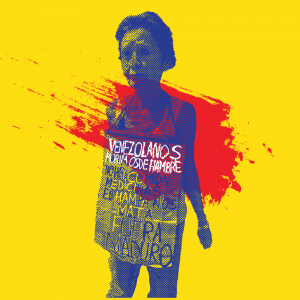 5. What are the next steps for Venezuela?

The process for Venezuela must be triggered and the Global Fund Secretariat has committed to doing so. For this new mechanism, the Global Fund, after identifying the source for these resources, can use up to a maximum of US $20 million over a maximum of 3 years. Evaluations will be carried out with the support of the technical partners (for example, UNAIDS, PAHO/WHO, Stop TB Partnership, Rollback Malaria, among others) and also reviewing information from civil society. These evaluations should not delay the possibility that the Global Fund’s investment could help in facing the crisis. However, there is a series of complications typical of the Venezuelan case, not necessarily of the Global Fund, that may arise. For this reason, it is important to moderate the expectations about the timing and the mechanisms (unknown for now) of how the aid will be managed.

The decision was taken to create a new policy for non-eligible countries in crisis – this time unanimously by the Board – is courageous and necessary. The delegations of civil society and of Latin America and the Caribbean will accompany its implementation, and it will be a priority to keep the different actors informed. All parties interested in responding to the crisis should continue to support responsible communication, avoiding the politicization of this opportunity for health support, which could become a barrier that will further delay the investment of the Global Fund.

For more information, do not hesitate to contact the delegations and participating organizations.

• Latin America and the Caribbean