With the High Level Meeting on AIDS scheduled to take place in New York on June 8-10, negotiations about the Political Declaration, the only concrete document to be adopted, are becoming more intense. Join a campaign at the end of this article.

An hour ago, the Political Declaration was open to negotiation again. The decision is due in part to pressure from civil society organizations to support a language that includes key populations in a positive way, and also by pressure from Russia, which makes this opportunity, a double-edged sword.

It is time to push for an inclusive and sensitive language about sex workers, trans women, gay men and drug users, all of them, key populations in response to AIDS. To achieve this, we must insist with the campaign and write to our missions. See instructions at the end of the article.

In the last few days, the organized Civil Society has severely condemned the dangerous, imprecise and biased language used in the draft Declaration on Key Populations which, if unchanged, will only lead to more violence, stigma and discrimination. And this is the reason why it demands that “silence be broken” in connection with the final draft of the political declaration.

The declaration includes at least ten other references to “people most at risk, affected or who are presumed to be living with or affected by HIV” to refer to what we all know are the Key Populations.  Do we know how harmful it will be to talk of people “who are presumed to be living with HIV”? Where are these data taken from? Is this the price we are willing to pay to be named once?

We reiterate that it is urgent that Member states, countries built on various values and democratic principles that expressly promote and respect fairness, equality, inclusion and human rights, stop this madness by requesting to break the silence in this declaration.  Some of these countries´ twitter accounts appear at the end of this article so that you can communicate with their missions promptly.

For some months now, two facilitators have been negotiating a Political Declaration in public and private meetings with diplomats of the Permanent Missions in New York. These co-facilitators, from Switzerland and Zambia, prepared a first draft that was quite reasonable and a good starting point but one that was eventually «washed out” and “discolored” in a second draft that included changes and comments of most of the countries which actively participated in these negotiations.

On Friday evening the “final embargoed draft” was silently released for the various missions to review it with their governments. On Monday, June 6, in the afternoon, if no country introduces any changes in the document through the Break the silence process, it will be pre-approved and eventually approved on the first day of the High Level Meeting. This is something that is very likely to happen.

Those who are presumed to transmit the disease

One of the weakest and more dangerous aspects of the declaration is the way in which, once again, Key Populations are referred to. These populations are correctly named for the first and only time in a confusing and harmful text in Paragraph 42, which refers to them as populations having significantly higher likelihoods of being infected by the virus as compared to the general population. Following is the highly stigmatizing text of the draft version: 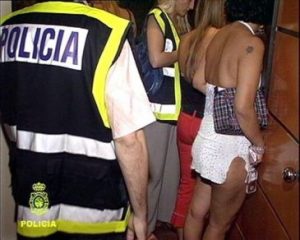 Thus, in order to adjust to the needs and expectations of the more fundamentalist, fanatical and violent countries, the United Nations are only willing to name key populations by blurring their outlines and “associating them with risk and the likelihood of acquiring the disease”.

Key populations are part of the solution

We know that a Key Population is much more than a group of people who are vulnerable to becoming infected. But this is the heart of the matter. On one hand, the most conservative and fanatical countries chose to treat them as victims rather than as holders of rights and of an identity who, when empowered, become the drivers of revolutionary new social movements and one of the most effective tools to control the epidemic.  This is not a naive approach at all. On the other hand, the countries that systematically infringe the Human Rights of these populations, who are now listed in the Declaration in a ranking that considers «their likelihood of becoming infected and infecting others», will find an even stronger rationale for criminalization and violence. In the current scenario, we should thank the Political Declaration, the United Nations and their members for driving key populations to shorter life spans with more stigma and discrimination. Those responsible for this will have qualms about it: words are written in blood and they can kill too.

The Men who have sex with men global forum and the Global network of sex work projects have issued a document that describes the feelings of many of us and that broadly states their main objections to the improper use of terms since it:  1.- Adds or combines other groups, 2: Introduces qualifier language inaccurately (and perhaps deliberately), obscuring the fact that key populations are disproportionately affected by HIV everywhere in the world; and, 3) uses misleading and factually incorrect statements about the HIV burden in specific regions.

Furthermore, oddly, the following got lost in some of the draft versions: Ensuring access to tailored HIV combination prevention services for key populations; and repealing discriminatory and punitive laws and policies, such as those related to the criminalization of HIV transmission, same-sex sexual relations, sex work and drug use.

«We emphatically reject revisionist characterizations of the global HIV epidemic. We do not accept negative characterizations of men who have sex with men, sex workers, transgender people and people who inject drugs, and we certainly disagree with the idea that key populations are only worthy of mention in the context of discussions about risk»,  reads the statement issued by the above mentioned organizations. Statements issued by regional key population networks will be distributed on Monday 6th.

Break the silence or die

It is insulting that: Sex workers, transgender people, gays, and other MSM, drug users and prisoners, who, based on comprehensive evidence, have been acknowledged to be key populations by UNAIDS and the Global Fund be ill-treated and re-victimized by the UN and its Member States.  There is still time, at least in this Declaration that reflects a global agreement, to change things in order to improve the current situation and stop the epidemic.

Call for «Breaking (your country´s) silence» in New York and for a thorough review of the lacerating terminology used to talk about key populations in the Declaration. Fellow citizens of all countries, including, of course, the key populations: we have our governments, our missions and the media.