On 17 May 2012, via an online press conference, REDLACTRANS, the International HIV/AIDS Alliance and UNAIDS launched a collection of case studies of experiences and lessons learned from transgender people organizations in six countries in the region. This collection consists of a compilation of information about transgender people and HIV, followed by a summary of the information available on this issue.

On 17 May 2012, via an online press conference, The Latin American and the Caribbean Network of Transgender People REDLACTRANS, the International HIV/AIDS Alliance and Regional UNAIDS launched a collection of case studies of experiences and lessons learned from transgender people organizations in six countries in the region. This collection consists of a compilation of information about transgender people and HIV, followed by a summary of the information available on this issue.

The six case studies will also be published in English, presenting the experiences of Argentina, Bolivia, Ecuador, El Salvador, Honduras and Uruguay. The research coordinator was Lidice Lopez Tocon.

Dr. Cesar Nuñez, UNAIDS Regional Director, explains “The transgender population experiences violations of their basic human rights, which put them in a vulnerable situation as regards HIV […] Only when transgender people’s gender identity is respected at institutional and social level, and access to health services, the education system and work opportunities –among other human rights- have been guaranteed, will we get to zero: zero new HIV infections, zero discrimination and zero AIDS-related deaths”.

There are two factors to highlight regarding this publication. Firstly, this collection will increase knowledge of the transgender issue in the region and in the world, enabling decision-makers to improve existing programs and approaches: this means that the publication itself is a valuable advocacy tool.

Secondly, the process has been enriching. The six national case studies were carried out in each country by two national consultants, one of which was a transgender person, thus an example of good practices. The study was carried out in late 2011 and coordinated by the Alliance, REDLACTRANS and regional UNAIDS, and had the support of leading national transgender organizations , as well as the support of UNAIDS representatives in each country. 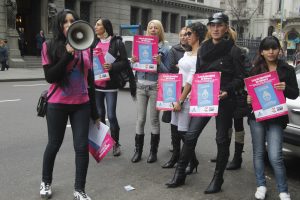 Since 2007, the International HIV/AIDS Alliance has stepped up its work with the transgender community in the region, through support for the network, and nationally through its linking organizations in Bolivia, Peru, Ecuador, El Salvador and Mexico, while starting work in the English-speaking Caribbean.

At the International AIDS Conference in Mexico in 2008, the Alliance and REDLACTRANS called a press conference on the health and human rights crisis in this community. Efforts have continued since then to alert the international community and our governments that AIDS is the number one cause of death among transgender people, followed by persistent violence and hate crimes.

While Argentina recently celebrated the passing of the new Gender Identity Law –an enormous step forward in the struggle for equality, health and human rights– in other countries in the region we have witnessed an increase in violence towards transgender people. In recent years we have tried to reflect this situation via Key Correspondents, offering information and tools for reflection.

There is a complex series of factors that increase transgender people’s vulnerability to HIV, sexually transmitted infections and other health problems. And despite there being more public knowledge and awareness of these issues today, there do not appear to have been major advances in most countries. Why not? Perhaps because transgender people have been invisibilized as men who have sex with men (MSM), because they have very poor access to healthcare, because in many cases they have been excluded or used in national responses to HIV and AIDS, or because in the best of cases the issue has been tackled only partially, as a public health issue. 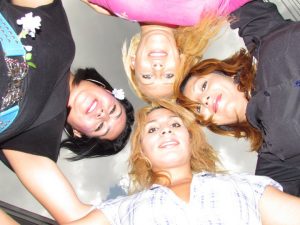 Efforts in the health arena will scarcely advance if they are not accompanied by major work in the policy making and regulatory area, recognising  their gender identity, and by work in the area of the courts and government to guarantee a ‘zero tolerance’ approach to violence, abuse and crimes.

Working frequently alone and under threat, transgender people are building and strengthening a regional movement, gaining sustenance from national organizations that grow and make a stand, which in itself is a historic and revolutionary feat, closely linked to the advances of women sex workers. As Marcela Romero, REDLACTRANS coordinator, says “We want it all!” This is a succinct and powerful battle cry that embodies a lot of truth.

If necessary changes are not made in the areas of law, integral health, prevention and combating crime and violence, as part of a multi-sector and multi-ministerial approach, we will not be able to improve this urgent panorama. The situation of transgender people with regards to HIV and AIDS and other issues mentioned here is part of a regional crisis that requires urgent attention. Action must be taken immediately, tearing down the inertia of the ways of doing things, which we know are useless, and abandoning the old paradigms.

To read the case study of the individual countries, click on the following links: Argentina, Bolivia, Ecuador, El Salvador, Honduras, and Uruguay.

Editorial: Controversial AIDS law passed in Dominican Republic
Why are so many abstracts being rejected at the International AIDS Conference?
Comentario